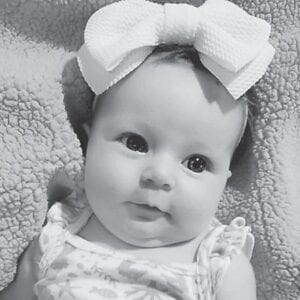 Hello everyone! I do believe it is summertime as we have several days above 90. Oh no, I am not complaining one itty bit.

As I have mentioned before, I don’t have central air, just a window air conditioner in my living room window. I keep it on 72. A couple of times I have reduced it to 70 so it would cool the kitchen when I had the oven on.

Thinking back in time that is one thing I missed about being married to Jack, as he never failed to get my feet warm. As far back as I can remember, until about the last year we were together, before he started working nights, the last thing I would do as I drifted off to sleep, I would crook my foot around Jack’s ankle.

At least I can share a good memory and not think of the bad times we had.

We were divorced 24 years and Jack never remarried, although he had several partners. I remarried and that was a mistake from the beginning. 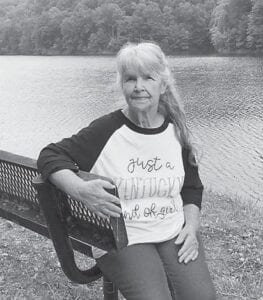 Fishpond Lake on June 20. Southern Ohio correspondent Rose Ballard says, “First time I had ever been there. It is a fantastic place.”

You could not run me down to get me interested in anyone. The only thing I miss is a dance partner but since I can’t dance I am learning to deal with it. Life goes on.

I try to take a few minutes just for me, early of the morning to watch the birds. If you take the time, you will find that birds are like the human race in so many ways.

One time I observed a small woodpecker trying to eat, a new one. The male shoosed it away, but later it came back to try to eat. Here comes the female and fed the little one. That was so precious to watch. As she got seeds in her beak, the little one would open its beak to be fed.

I watched for about 10 minutes, then came a blackbird, which is mean also. There are bullies in birds also. 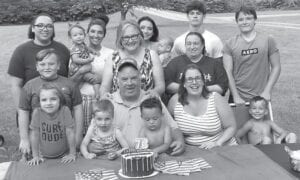 The Ison family celebrated Michael Ison on Father’s Day and an early birthday at Kingscreek in Roxana.

Just a couple of days before I went to the mountains, I discovered baby birds in the hollow of the maple tree in the yard. I showed my son Keith Ballard where it was.

While I was away the birds must have decided to try to fly or something. Keith found one on the ground. Keith said he had heard not to touch a bird or the mother bird wouldn’t have anything to do with it.

Keith placed a ladder against the tree, put gloves on, picked the bird up and placed it back in the safe place, or so he thought. Later he came back to the front yard, and the bird had fallen out again, so he put it back again.

Keith has four beautiful, red, vintage hummingbird feeders, two on the back deck, and two on the flower frame of the bed he made for me. There is a green hummingbird, one with a black head and body with a red spot on its throat, and a gray one. My son has seen three others too. They are amazing to watch.

Each time I am enjoying the yard, I still think I could have taken a vacation for the amount of money that has been spent in the yard.

As I was about to open the back door to speak to Keith, I could see a hummingbird feeding. It was so special watching Keith sitting enjoying a cup of coffee while watching God’s small creation. I stood very quietly until the moment was gone.

Have you ever seen a rabbit eat birdseed? We have a mother rabbit that does this!

In this world of coronavirus and everything else that is going on, it is wonderful just to shut the television off, get away from the computer and even a cell phone, which I don’t have nor do I want a smart phone.

That is one reason I love to go back to the mountains I call home, and will always be home to me in my heart.

A couple of weeks ago my great-granddaughter Samantha Gray stopped for a few minutes, all of a sudden Sami says, “Mamaw when I was here before you had Hallmark movies on the television.” I replied, “When you come again, that is what you will find.”

The only newspaper I read is The Mountain Eagle, and I am not saying that just to be wasting words.

I’ve found that I enjoy the older news more than I do the recent. There are things that happened many years ago that are current in today’s time, except years ago drugs weren’t prevalent like now.

I’ve written this before. There are only two things I would change about my life if I could go back in time. The way my dad drank, and for being lost between the cracks of Letcher County School System, and not having the opportunity for education.

There wasn’t a more of an honest man in the state of Kentucky than Daddy, nor any man that was a man that worked any harder than Daddy.

Dad was really strict with me. Every time he whipped me with a belt or switch, Dad thought he was beating the devil out, and two more slipped in the door, as I was rebellious and kept it inside.

Dad never knew until years after I was married and had a family, how stubborn I became, which has been a lifetime of being hardhead, independent to do it my way, and do it myself attitude that I still have to the present time.

A few months before Daddy passed away, I stood by his bed, wondering how I would tell Daddy I loved him. As Daddy laid with his eyes closed, I softly said, “I love you, Dad.” Without moving Dad replied, “I love you too, Rosella.”

I am so thankful that I grew up in the small place called Roxana, no matter who says they didn’t feel safe growing up there.

Campbell Branch Community Center lost another faithful person who loved music and people. My sympathy goes to the family and friends of Don Branson.

I wish the world as we knew it could back up and start 2020 all over again.

Wednesday, Vickie Power and I set out on another adventure to Warm Glow Candle Co. in Centerville, Ind., which is 60 miles from my home.

When I was in the mountains visiting my niece Sue Hall a few weeks ago, Sue had an electric candle, which I loved. I have the same candle, just not electric. Of course I had to ask Sue where she had gotten it, although I was sure already where it was from, Warm Glow.

It was beautiful day, so we stopped at Brookville Flea Market for a bit, then set out for our trip.

Anyone that likes candles along with other homemade things would really enjoy Warm Glow. The only thing I found disappointing was they advertise a place to eat, with delicious pie. It was early when Vickie and I arrived, so of course the café wasn’t open. So no pie for us.

We plan to go back in the fall as the drive itself is very relaxing with no interstate excepting a couple of miles.

Friday, I met my daughter Kay Gray, along with her two daughters Jennifer Gray and Jodi Gray Davidson at Panera Bread for lunch.

Kay had an important appointment so we didn’t have as much leisure time to spend together. I was 45 minutes with these three nutty people, that I helped to create. Seriously, there’s never a dull moment when the four of us are together.

Saturday morning, I stated on a journey to a Farmers Market in Oxford to listen to Jericho Old Time Music Band with Warren and Judy Waldron, Dale Framer and Amy Coogan Clay.

The trip there as an adventure in itself as the road was closed. My first intuition was just turn around and come back home, as I had a full day ahead of me. Instead I did a U-turn in the middle of the road, then followed detour signs which didn’t even say where you were detouring to!

Finally I came to a place where I saw two guys and a woman in a parking lot. I asked for directions to Oxford, and it was only a few miles to a road that would put me back in familiar territory.

The trip back home was a little longer than I wanted, as I had to be at a celebration of life and military service for Old Time Fiddlers member Hursel Miller at a church.

I was really glad to see five Old Time Fiddlers members were able to attend this event, and I made it with about 10 minutes to spare.

Sunday was Old Time Fiddlers meeting, and once again due to the coronavirus we had a very small attendance. We still had very good music, and I decided to have my son Keith Ballard take over the grill for me, so I had hamburgers and hot dogs ready when everyone arrived. By the end of the day I was very tired.

Saturday evening after returning home from the church, Harrison was hit by a heavy storm. It blew a transformer next to our house, knocking out the electricity from 7 p.m. until 4 a.m.

During the evening Keith and I sat on the back deck listening to music from the VFW post. Of course I would have enjoyed it more if it had been bluegrass or at least old country.

I had purchased two beautiful large lantern solar candles that Keith hung on the trellis with the red vintage hummingbird feeders. As darkness begin to creep in the solar lights came on, and Keith decided he was going to lie down as he was tired from working in the heat all day.

I wouldn’t stay outside by myself. Keith brought the two solar lanterns into the living room. Each time I awoke the soft glow of candles was so beautiful and comforting to look at in the darkness. They were still glowing at eight in the morning. I found a button to shut them off

With the updates from Duke Energy every couple of hours changing the time, I didn’t get much sleep.

Johnny and Ann Calihan are doing very well. Johnny doesn’t seem to ever show any signs of aging, and Ann looks as beautiful as ever. Ann’s leg has a spot that is giving her trouble.

Hello to Les and Pat Wagner, and please keep Pat’s sister Janet in your prayers, and the whole family as they are facing some very hard days in the near future.

Haddix Hall has reopened, which featured Tony Hale & Blackwater Band. I completely forgot about this. There are so many changes I really can’t predict if I will drive that far or not, since they only are letting 50 people attend.

As I might have said before, I wish things would just go back to the beginning of this year to such simple times of heading out to a simple event like Carcassonne’s and Campbell Branch Community Center’s to enjoy Sunrise Ridge. I really miss Mike and Marcia Caudill and the Campbells at Campbell’s Branch, along with others.

Hello Bernice and Buddy Grubb, I hope Buddy is doing a little better.

Once again, I am down to just a few books, ‘The Beauty of A Rose.’ $15 plus $6 shipping. It has really sold well, and had so many great comments. Thanks everyone.