Water bills to be cut 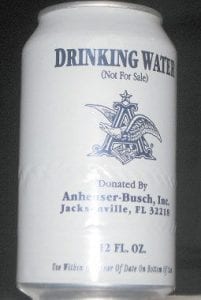 Local officials say residents and businesses connected to the Whitesburg Municipal Water System will not have to pay for water they weren’t able to use after a drinking water advisory was put in place during the first week of November.

Whitesburg Mayor James W. Craft proposed at Tuesday night’s city council meeting that the city council grant water customers a 25 percent reduction in their November water bills “because people could not effectively use their water for onefourth of a month.”

Jim Murtaugh, interim director of the Letcher County Water and Sewer, said customers who use city water will also receive a 25 percent reduction on their bill. Murtaugh said water meters were read October 31 and November 7.

“We will subtract that amount from their monthly bill,” said Murtaugh.

Besides residents being told they should not use the water to bathe, wash dishes or do laundry, restaurants and other businesses were also unable to use the water for anything other than flushing commodes after officials said they found a petroleum byproduct seeping into the North Fork of the Kentucky River.

Josephine Richardson, coowner of the Courthouse Café in downtown Whitesburg, said her restaurant had the challenge of serving customers last week while following several restrictions from the Letcher County Health Department.

“It was very definitely a challenge for us,” said Richardson. “We did stay open but business was considerably down.”

Richardson said the first problem was that restaurants could not do table service because hot and cold water could not be used. The health department told restaurants to resort to take out service only.

Because Richardson said they mostly do dine-in service, they had to purchase containers, plates and plastic utensils in order to conduct business last week. She said the health department told them they could not slice, mix or prepare anything.

Since the non-consumption advisory was lifted by the Department of Water on the evening of November 6, Richardson said customers still seem to be hesitant about using the water.

Richardson is concerned that the restaurant was not immediately notified of a possible contamination in the water system and hopes officials will develop a plan to notify restaurants of problems in the water in a more timely manner.

Kathy Kincer, owner of Hobo’s Diner, also located in downtown Whitesburg, said she is also seeing a slow flow of customers this week.

“I kind of feel that people are still a little leery,” said Kincer. “I think people don’t trust it yet.”

Kincer said not being able to use tap water cut her sales by about 75 percent last week.

“Where we are just a new business we just can’t afford that,” she said.

Stephen Whitaker, manager at the Whitesburg Food World IGA, said he estimates the independent grocery store lost about $10,000 last week from having to throw out items, not being able to process or cut meat in the store and customers being scared.

Whitaker said business is starting to pick back up.

“Things are pretty much bouncing back to normal,” said Whitaker.

“As of Tuesday, November 11, Whitesburg ARH is back in full operation,” said Wright.

Alia Mahi, a spokeswoman with the DaVita dialysis center located at the Whitesburg hospital, confirmed that patients are still being sent to other local facilities for dialysis treatment.

“Our patients’ safety is our utmost concern,” said Mahi. “Water quality standards that apply to water used for dialysis treatment require a much higher level of chemical and microbial purity in comparison to water declared fit to drink.”

Mahi said DaVita has a team of medical and technical experts and is using outside industry experts to evaluate the impact the water contamination might have had on its specialized water treatment.

“This will take time to complete and evaluate, but it must be done to keep patient safety and quality care our top priority,” said Mahi.

Mahi said it is unknown when patients will be able to receive dialysis treatments again at the Whitesburg location.

Several businesses donated water for residents and businesses to use last week. Among those who furnished water were Childers Oil Company, Equitable, Save-A-Lot, Wal- Mart, and Anheuser-Busch Inc. through the Salvation Army and Clean Gas.

City of Whitesburg officials said it would be impossible to name all who donated water last week because water was taken to the Colson Fire Department, the Letcher County Recycling Center and Whitesburg City Hall.