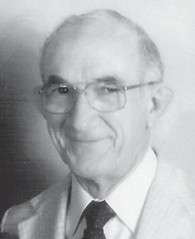 The son of Pricey and Archealous Craft, he was born on a Revolutionary War land grant farm in Letcher County, the youngest of 17 children. He was the widower of Minerva Back Craft, to whom he was married for 68 years.

After the attack on Pearl Harbor, he left high school and enlisted in the U.S. Navy where trained as a submariner. He rose to the rank of quartermaster 3rd Class SS on the USS Sandlance.

After World War II, he completed high school and enrolled in Berea College. He was an educator and administrator in Boone County, where he taught vocational agriculture for many years and finished his career as principal of Ockerman Elementary. He earned a master’s degree in educational administration at the University of Kentucky.

Funeral services were held July 8 in Walton. Burial was in Kentucky Veterans Cemetery North in Williamstown.