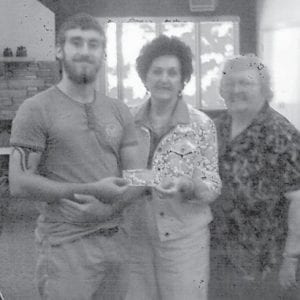 Watts is a 2016 graduate of Letcher County Central High School. In addition to being a fine student, Watts has served as a community volunteer, helping others in numerous ways. He is also a volunteer fireman, and has been an award-winning member of the LCCHS cross country and track and field teams. He is the son of Rick and Diane Watts of Partridge.

Watts plans to attend Southeast Kentucky Community and Technical College, which is near his home. He will then transfer to Alice Lloyd College to complete his degree. His goal is to become a high school teacher and coach track and cross country. We wish him much success in his endeavors.