We can ramp up infrastructure or crash down 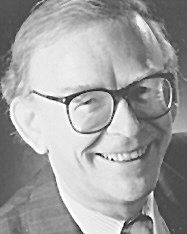 Breaking levees, falling bridges, an 83-year-old steam pipe bursting in midtown Manhattan – how much proof do we need that America’s infrastructure is in perilous shape?

Indeed, even the U.S. Chamber of Commerce, which normally recoils at new tax proposals, now concedes the federal gas tax may have to rise in order to cope with an infrastructure crisis it says is “already costing us jobs, productivity, competitiveness, mobility, and most tragically, innocent American lives.”

But imagine our politicians suddenly got up the courage to boost the gas tax a few pennies. Most of the $1.6 trillion national infrastructure deficit bill calculated by the American Society of Civil Engineers would still loom before us.

The consequences may even be worse than advertised so far. Inferior infrastructure even makes us more susceptible to terrorist attack like a “dirty” nuclear bomb, snuck into the country through decrepit port facilities, says former Iowa Gov. Tom Vilsack. He made the remark to a Brookings Institution conference – “America’s Infrastructure: Ramping Up or Crashing Down” – held in Washington this month.

So what’s to be done in a nation where congressional “earmarking” of funds for legislators’ pet home district projects generates taxpayer distrust of almost any new public investment? How can we turn around federal policy that seems to have valued rebuilding Iraqi infrastructure over our own roadways and bridges, our anemic passenger train system, our waterways and imperiled dams and levees (remember Katrina?)

Vilsack claims he cracked the code as governor of Iowa, by establishing a fact-based infrastructure budgeting system for the state, tied to explicit goals – income

energy and fuel. Each step, he said, “required us to articulate specifically what every dollar for infrastructure is going to buy for us.”

Iowa tapped both the gas tax and excess casino revenues for its capital budget. The federal government needs a capital budget too, said Vilsack, starting with an updated inventory of all federal assets and their condition, including risks of breakdown or loss. The account would be independent of the regular budget but tied to national economic development goals.

But today’s politics make the challenge extra hard, said Mary Sue Barrett, president of the Metropolitan Planning Council in Chicago. The backlash is not just against so-called pork – earmarks – by Congress; there’s also been “stunning” increase in earmarks by state legislatures, too, with lawmakers scrambling for projects to benefit their home districts.

Because people are “passionate about the places they live and work every day,” said Barrett, the challenge is to show them connections to bigger goals. One example: improving rail freight, not only because it’s good for the U.S. economy and big rail connector cities such as Chicago, but because voters will also see the connection between improving freight rail and moving trucks off the roads they use.

And if national infrastructure policy is to undergird and boost the national economy and U.S. global competitiveness, Brookings’ Bruce Katz noted, it will have to place a high priority on updated, world-class infra- structure for the country’s top 100 metropolitan areas. They’re the dynamos of our national economy with 65 percent of our population but with 74 percent of our gross national product and 76 percent of our knowledge jobs and patents.

But check the status quo. Most federal infrastructure outlays now get disbursed with scarcely any public discussion or requirements of states or localities to show need, economic potential, analysis of competing investments, or long-term mainelementary tenance funding for whatever does get built.

Yes, says Vilsack, referring to taming of the earmarking craze: The Capitol Hill politicos must “give up power to get power. Trust me, if they develop a separate capital budget there’ll still be plenty of opportunities to cut ribbons.” But it will be a system people understand “and buy into.” The result, Vilsack predicted: “to make us safer, more secure, better-paying jobs, more convenience, less travel time. We will be a happier nation – and in a happier nation, incumbents have a tendency to get reelected.”

And even anti-spending conservatives, he added, should like an accountable system and dealing with risk in advance, not waiting for bridges to fall or levees to fail.