We have plenty for which to be thankful 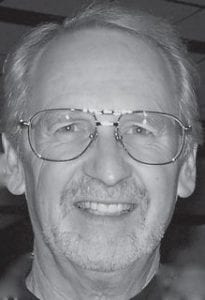 Has the intrinsic value of the Thanksgiving holiday become a hiccup until 12:01 Black Friday? Is it a series of YouTube images of a stampede of shoppers pushing back glass doors into retail stores for “pictures at 6!” news?

Last week I was standing in a drugstore’s front aisle where the first display to get shopper attention might have been a pilgrim or a cardboard turkey, but was instead a life-sized Santa Claus.

Has Thanksgiving become a meal and afternoon nap while the Detroit Lions muck up the television screen?

From its rather odd origin, Thanksgiving Day has gradually shucked off traditional definitions we knew or thought we did last century. Abraham Lincoln declared in 1863 the fourth Thursday in November as Thanksgiving. Odd, considering it was in the middle of the Civil War.

Roll the calendar forward 114 years and what’ve we got? What does Thanksgiving mean in Kentucky? What’s it mean to you?

Age mellows us, I think, and sharpens our appreciation for delicious memories related to Thanksgiving we did not recognize until later. Today, we ought to resist businesses that would bullrush us on to Christmas with no pause to recount and be thankful for blessings at Thanksgiving.

Here are some random items for which I am privileged and grateful to be around to share.

2. The Mountain Eagle for giving me the privilege to share a point of view for your consideration.

3. Critics. Appreciate them always. Disagreeable ones clear the fog from a good rhetorical spanking. And, constructive critics with ideas, point-of-views to move one to say “hmmm.”

4. Options. Asked last week if I’m considering retirement, I’m grateful to have the option. Ask my wife to choose.

5. Blessing. Can a Thanksgiving football weekend be any better than Tennessee at Kentucky and creamof the-crop survivors still standing in the state high school playoffs?

6. I’m grateful my path crossed those of Calvin Bird (Corbin) and Howard Crittenden (Cuba). They left us this year. All-American athletes, but each was more an All-American human being.

7. Legacies. Dean Smith was a recipient of the President’s Medal of Freedom recently. A Hall of Fame ball coach gave North Carolina 36 years, prepared teams for 879 wins. Smith insisted his Tar Heels be college men and they revere him still. Smith’s legacy, 96 per cent of his players graduated college.

9. Keeping them honest. Two months ago an Internet columnist and expert on hoops recruiting wrote: “Duke doesn’t have any other recruits still considering coming to Durham.” Having added three five-stars by last week, the Blue Devils leapfrogged Kentucky for best class in 2014-15 so far.

10. Hunch Dept. Tall, talented and promising, Elijah Sindelar, quarterback at Caldwell County High, has work to do but is drawing raves like this from Todd Griffin in Princeton, “There are times when he unleashes passes you usually only see on Sundays. … Sometimes it’s difficult to believe he’s just a high school junior.”

11. Pittsburgh Pirates. Gave me joyous days of summer and autumn in 2013. Manager of the Year Clint Hurdle and MVP Andrew McCutchen share more than honors. Both are community activists for the betterment of people.

12. I’m grateful that, at age 77, Bill Mazeroski sold his treasured Pirates memorabilia for others to enjoy and his charity and family to benefit from.

13. I’m grateful for Vanderbilt and Northwestern. Universities where scholarship is for scholar athletes who deem sports as part of education and future.

14. For chest-thumping braggarts in college and professional sports who believe their success was achieved solo, these sobering words from billionaire Warren Buffet: “Someone is sitting in the shade today because someone planted a tree a long time ago.”

15. Augustine Rubit. All Sun Belt Conference performer at South Alabama receives his college degree next month. Nominated for Senior CLASS Award for Division I seniors who reflect ideals in community, classroom, character and competition, Rubit grew up in Houston without a father and with a mother battling substance abuse. He failed sixth grade. Then the light came on. “I’m still just amazed to have the opportunity to play college basketball and get my degree,” Rubit said the other day.

16. Good hands people. Because of their good work, sports editors Kevin Patton in Henderson (The Gleaner), Todd Griffin in Princeton (Times- Leader) and Dan Manley in Mt. Sterling (radio and Advocate), I am heartened to know sports journalism is on good hands and thriving above the gaga in Kentucky.

17. Dept of Genuine. Prep prospect Justise Winslow committed to Duke last week with no mention of the NBA. “The tradition, what Coach K has done,” Winslow said. “I loved the family environment on the official visit. It just felt right.”

18. University of Kentucky displayed designs for changes at Commonwealth Stadium recently. No state tax dollars will be used and a new science building will be partially funded by athletics.

19. The Internet. Beyond Twitter or Facebook, click a switch and the wonders of Planet Earth are ours instantly in photographs and film and information. Other cultures, ideas, good people, and music. All to give us hope over the heads of self-serving politicians.

20. Ken Burns. How richer we are that this dynamic filmmaker came along to give us “ Baseball,” “ The Civil War,” and “ The National

21. Friends. Thank you. My cup runneth over with a few and I look up to each with enduring reverence and admiration.

22. Doris Kearns Goodwin. Historian, Pulitzer Prize winner, remarkable writer and unabashed Red Sox fan. Thankfully she shared a reason why: “My continuing love of baseball is inseparably linked to memories of my father.”

23. Worth Repeating at Thanksgiving: “There never was a man who did anything worth doing who did not receive more than he gave.” Amen to Henry Beecher Ward.

24. Mother. Celebrating her 94th Thanksgiving Day, Mom is as shiny as a new dime.