We haven’t had to water our gardens 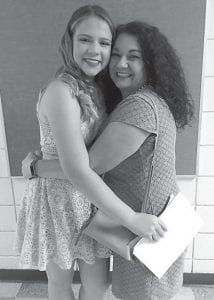 Well, we certainly can’t say our gardens need rain, and I haven’t heard anyone say they have had to water their gardens. Now we have to get our gardens hoed, because the weeds are as high as our beans and all the other vegetables.

We’ll have a hard time finding our plants now that the weather appears to be drying up. Our beans also need to be stuck, but the ground has been way too wet to even think about walking in the balks.

I’m trying my best not to complain here, because it could always be worse, like it could be cold and snowy.

Last week I forgot to tell you the results of the Letcher County Senior Citizens’ participation in the Senior Games. Some of these had already taken place throughout the year, and then the cheer and the dance competition took place May 24 at the Sportsplex in Knott County. 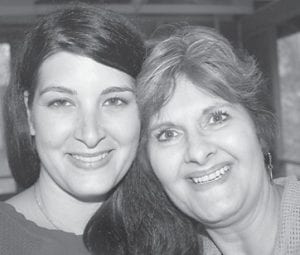 Also, Letcher County took first place in the dance competition and the cheer competition. Those who participated in were Susie Childers, Linda Sturgill, Sue Miles, Lydia, Faye Mullins, Elsie Jent, and Carmen Brock. I’m not sure what some of their last names are, so instead of making a mistake I’m just giving their first names. Congratulations to everyone. I know from hearing their discussions they had so much fun.

Thank you so much, Angie Hatton, for attending these Senior Games. We appreciate and love what you are doing and trying to do for your hometown.

One of the biggest things going on right now in our communities are school graduations as this school year comes to an end. I have seen so many pictures posted on Facebook. Lots of them are students I had when they were in the 2nd or 23rd grade at Martha Jane Potter Elementary School. It kind of brings pride to my heart to see how they have turned out. On the other hand it brings tears to my eyes to see they have all grown up and some are leaving this area to go to college or to find work. 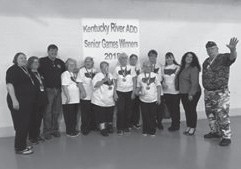 I really felt sorry for my youngest granddaughter, Story Eliza Hampton, when she had to go to kindergarten this year. She had a really hard time at first, but around March she began to give in to admitting she didn’t actually hate it anymore. Story had Ms. Jessie at Martha Jane Potter. Let me tell you something funny she said. She’s a hoot anyway and says so many funny things I can’t keep up with them all. This one though was memorable.

At the beginning of the school year Story told her Momma one night as they were saying their prayers they sure needed to pray for Ms. Nancy. Ms. Nancy, by the way, is the teacher’s aid in the classroom. My daughter asked her why. She said, “Well, you know how when you do good in kindergarten and then the next year you get to go on to first grade? Well, Ms. Nancy has been in kindergarten for 20 some years!” 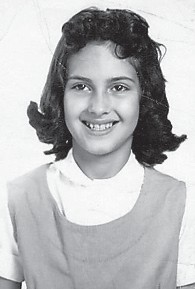 I went to Story’s kindergarten awards ceremony last Thursday and saw so many of my classmates from Colson Elementary and Whitesburg High School. It’s hard to believe so much time has gone and we are all attending our grandchildren’s ceremonies now. Two of those friends were Jerry and Diane Holbrook Cook. Their daughter-in-law, Morgan Cook, was having surgery that day and she still needs our prayers. The surgery went well, but there will be others to come.

I wanted to remind you all of something I saw on Facebook. Preacher Bill Craft will be celebrating his 85th birthday with a homecoming service and a special dinner this coming Sunday at Millstone Missionary Baptist. Brother Eddie Street will be singing and preaching and they have invited everyone.

We have had some worrisome news about Charlene Tacket Mason. For those of you who don’t know, our family history for heart disease is disastrous to say the least. Mom and so many of her siblings have had to have heart bypass or pacemakers installed, or other heart work done.

Mom’s dad, Henry Calvin Pennington, died from a heart attack at age 60. Then, on our dad’s side it is almost as bad. He had to have open-heart surgery at the age of 58, but as early as his late 20’s he started experiencing heart problems. Charlene also had open heart surgery at 58 and so did I. Our baby sister, Delores Tacket Holbrook has had a slight heart attack and had to have stents put in more than four years ago, but she would be very upset if I didn’t tell you she isn’t 58 yet. Another sister, Lucille Tacket Graves, also has heart problems, but hasn’t had to have any kind of surgery yet. So far our brother, Albert Tacket, hasn’t had any serious problems with his heart. We pray to God that blessing continues.

Back to Charlene and her problems. For a while now she has had shortness of breath. She had to have a “heart cath” Saturday because of severe pressure. Turns out her three veins that were repaired in surgery almost five years ago are still open and in good shape, but the artery in the back of her heart is now blocked again and her arteries are so small they couldn’t do anything about it with stents. So, they have changed her medicines up some and are going to give that some time to see if it will help. Please remember her in your prayers.

Charlene says she will not go through open-heart surgery again. She had a really rough time with her lungs after her surgery in 2013. One ended up collapsing and she was in so much pain with that. She did end up having to spend the night after the “cath” and then was released Sunday, June 3, on her birthday.

I’m sure many of you all know she is one of four members of the gospel singing group that calls themselves Master’s Harmony. The other three are Ronnie Maggard, Ray Smith, and Marvin Boggs. She definitely needs our prayers. So do all the people who have lost loved ones recently, especially our Pastor Bill Jones and his wife Sandy.

Also remember Imogene Sexton, Juanita and Emmett Everidge, my Aunt Linda Hall, and Rhuford Hart. I’m sure there are so many more that need our prayers, but these are just a few that have been on my mind lately.

I will close this week with Oma’s favorite ending: Don’t forget to attend church this Sunday. If your church has services throughout the week or on Sunday evening, God would want you there then, too.