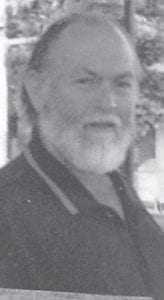 Funeral services for Jimmy Webb, 74, of Laurel Fork, will be held at noon tomorrow (Thursday) at the Millstone Missionary Baptist Church. Burial will be at Green Acres Memorial Park at Ermine.

Born in Letcher County, he was a son of the late Kenneth and Hester Thomas Webb and a brother of the late Dottie Collins.

He was married to the late Ramona Webb and after her death married Laura Gamble Webb. He was a member of the Millstone Missionary Baptist Church.