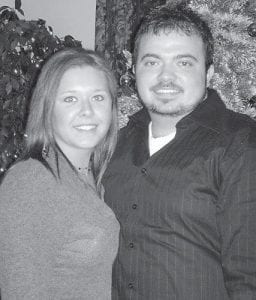 Deborah Courtney of Harold and Randy Courtney of Pikeville announce the marriage of their daughter, Tonya Jade Burke, to James “Jimbob” Golliher, son of Mollie Pennycuff of Whitesburg and James Golliher Sr. of Tennessee. The bride-elect is also the daughter of the late Timothy Burke. The oceanfront ceremony was held August 8 in Myrtle Beach, S.C. After a honeymoon in Myrtle Beach, the couple will return home for a reception at 8 p.m., August 16, at the Shriners Building in Whitesburg. All family and friends are invited to attend. The couple will reside in Pikeville.