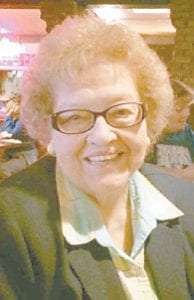 She was an optician for many years and loved helping people

Funeral services were held March 16 at Letcher Funeral Home. Burial was at Green Acres Cemetery. Donations in lieu of flowers can be made to Whitesburg and Neon Lions Club for Sight, an organization near and dear to her heart, of which she was a member for many years.