Welles to open for Rival Sons 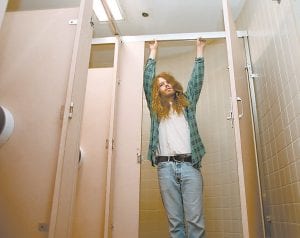 Jesse Welles, a rising rock musician from Arkansas who performs as Welles, will be in Whitesburg next week to perform as the featured opening act for Rival Sons at their May 1 and May 2 shows at Appalshop Theater.

Earlier this month, Welles, 23, released the single “Rock N Roll” from his debut full-length album “Red Trees and White Trashes,” due out June 15.

“An irresistible melting pot of sweaty riffs, psychedelia and classic song writing, ‘Rock ‘n’ Roll’ is a perfect indication of what to expect from Welles’ debut album,” writes Rockshot magazine.

“With his new album, ‘ White Trees and Red Trashes,’ Welles is continuing where Nirvana left off,” writes a reviewer for Broadway World. “From the slow-burning lead single, ‘Seventeen’, to the energetic ‘Rock n Roll,’ his debut LP is a collection of psychedelic tracks brimming with an emotive, small town restlessness.”

Many of the songs appearing on the new album have been written since 2015 when Welles moved to Nashville to begin recording songs with acclaimed producer Dave Cobb (Jason Isbell, Sturgill Simpson).

Welles is coming off a breakout year that included gigs at Bonnaroo and Austin City Limits as well as opening stints for tastemaking acts including Royal Blood and Greta Van Fleet.