Went to church but Preacher Bill was missing 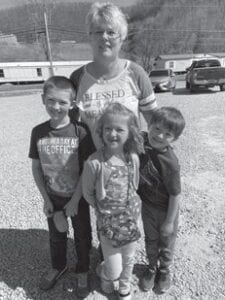 Sonja Grimm with her grandchildren. She had a birthday on the 22nd.

It has been so good to see some brothers and sisters back in church. I completely understand why some of them had inhibitions about attending. Let me tell you a funny thing that happened to us last Wednesday. Well, I guess it was all my fault, but we all got a kick out of it.

Mom had a bunch of cassette tapes laying on her coffee table and she asked me and Delores about getting them and putting them in a bag so she could record something on them. Delores asked her what she was planning on recording. Mom said she might take them to church sometime and record Preacher Bill. I asked her when she was planning on going to church. I told her if she wanted to go, that tonight was Wednesday and I would call the bus driver and she could go. She just looked at me and asked, “Will you take me?” I told her I sure would. So, after I left her house I figured sure she would just change her mind, but lo and behold, Delores said she started just as soon as I left talking about what she was going to wear. So, come 6:15 that evening I went down and sure enough she was ready and waiting. My brother Albert even went with us. 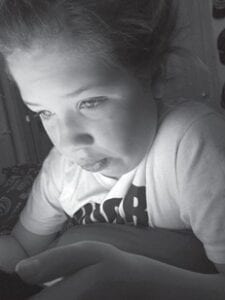 Chesnee Mason, granddaughter of Rick and Charlene Mason and Rob Watts and the late Sharon Watts, and daughter of Blake and Chasity Mason, will celebrate her 10th birthday on the 24th.

We talked on the way about how we were going to stop people from trying to hug and kiss on Mommy. We wondered how we could get them to not shake her hand, even considered putting a glove on her right hand. I told Mommy she just needed to keep her arms crossed the whole time.

Well, we pulled down in the parking lot and there was not a car was in sight. I felt so bad about getting her so excited. Albert got out and took a few pictures of us just so we could prove to Preacher Bill we were there.

I called Billie June Richardson and asked her to guess where we were. She was so tickled at us. I told her I wanted Preacher Bill to just come right on up there just like he was and preach us a sermon. She said he was back on the mountain behind their house or he would be right there. I bet he got a kick out of us too.

I’m not sure if I told you all that my brother Albert has moved back to Mom’s from North Carolina. He brought all kinds of odds and ends with him. The other day my husband, myself, and Albert had to go to Lowe’s and on the return trip the drivers in the other lane were flashing their lights at us. So, we thought obviously there was a cop sitting on up the road from us. We went on a little farther and found out they were warning us because there was an object in the road ahead. I’m not going to tell you what it was but I will just tell you, we now know where Albert got most of the stuff he brought home with him. There were a few pieces of it missing so he has now made two trips back over there and, believe it or not, found all the pieces that were missing beside the road. 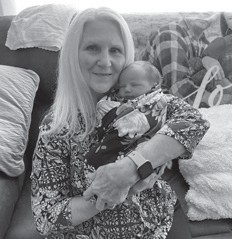 Inc.) that’s located in the old Whitesburg High School cafeteria. There may be some things about it that you don’t know. Did you know they prepare a meal each day and it’s available to the public for $6 including tax? Each week their menu is posted on Facebook. You can call ahead at 606-403-1095 and let them know your order. I’m sure they can also give you their menu for the week if you call them. 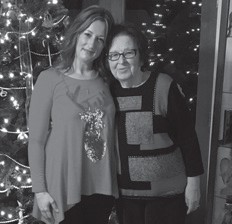 Birthdays I need to mention this week are Lena Caudill Brashears, Darlene Caudill Shepherd, Jo Ella Taylor Sturgill, Joann McElroy, and Kaitlynn Whitaker, all on the 19th; Sondra Holbrook Phillips and Jeanette Sparks on the 21st; Simon Christon on the 20th; Sonja Grimm, Jake Hall, Joe Bentley, and Jerri Frazier on the 22nd; Donna Quillen Blair on the 23rd; Chesnee Cruz Mason, and Jennifer Sturgill Sexton on the 24th; Paul Leon Adams, Edwena Stallard Sexton, Shannon Shepherd Holbrook, and Cyndee Wilson Trent, and of course my brother Albert Tacket turns 61on the 25th; Anita Adams and Gracie Walters Maggard on the 26th; and Greta Howard on the 27th.

Also, celebrating an anniversary on the 16th were Chris and Debbie Collier. 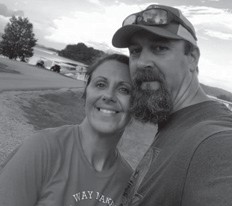 Please remember the families of Mae Slone. One of our sisters at Letcher Independent Baptist Church, Amanda Griffie, was her granddaughter and she was very close to Mae. Another family to remember is the family of Sherry Little Pike. She passed away on the 16th. As always remember our pastor and his family in the death of their son Bobby Jones.

I was just thinking as we were socializing with the church members last Sunday, how special it is just to get to see them and talk with them. Even if we are distancing and wearing masks. Try your best to be in church Sunday. I’m sure if Oma were alive she would be there.