What they said was not what they really meant

The big news recently in Nextel Cup is Joe Gibbs Racing’s move to Toyota for 2008. Here are some quotes from the actual press announcement, followed by our translation of the comment.

Translation: Everyone and their grandmother knew we were signing with Toyota for 2008.

“I think for the leadership here, it was a hard, long, difficult process going through and making the decision.” 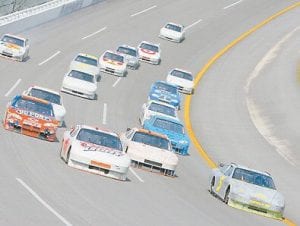 “I know GM has three other really strong teams there. They’re going to be competitive year in and year out. We know that. And I think the goal for us, from JGR’s standpoint, is what’s best for our families, our partners and our fans.”

Translation: We don’t particularly care about the other Chevy teams, and I hope we don’t lose too many fans.

Translation: I’m not worried about the engine department. We’ll get it all worked out and make good horsepower with Toyota behind us.

“Certainly the first year that we’ve had in this sport has been an exciting one. We’re learning a lot. And we certainly look forward to our opportunity as we get into this particular era with Joe Gibbs Racing.”

Translation: Our first year in Cup racing to this point has been lousy. We made a big mistake not signing a team like Gibbs to begin with.

Denny Hamlin, driver of the Fed Ex No. 11

“I feel like Toyota is really going to be winners. We just need a little time to get it all together.

Tony Stewart, driver of the Home Depot No. 20:

“As far as my USAC and World of Outlaw teams (are concerned), we’re still going forward with Chevrolet (as sponsor). We made it work when I had MOPAR and I was driving for Chevrolet on the Cup side. We can make it work again.

Translation: If we can win with MOPAR under the hood, we can win with Toyota, too. I’ll honor my contracts and be faithful, but when renewal time is up, I don’t care what motor is in my USAC car as long as we can win and the sponsoring company treats us right.