‘What will we do when the coal is gone?’ 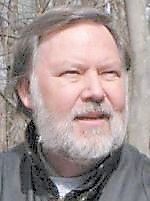 When Lyndon Johnson declared war on poverty from the front porch of an unemployed Kentucky coal miner, three of every five families in eastern Kentucky lived in poverty, and children ate chimney soot to ward off hunger. While considerable progress has been made since, Appalachia is s till the na tion’s poorest region, and Appalachian Kentucky has more persistently poor counties than any other state. 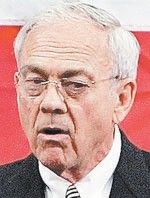 The peculiar circumstances of eastern Kentucky — vast stores of mineral wealth, a fabled history of cultural and artistic achievement and a virtually all-white population — have long drawn the interest of public figures and social activists. Robert Kennedy in 1968, Bill Clinton in 1999, John Edwards in 2007: each journeyed here in search of answers. But Johnson’s poverty war has devolved into a series of local skirmishes, the idealism of the past has faded and discussion of the future brings uncertainty and debate.

University of Kentucky historian Ron Eller, author of the recent Appalachian history Uneven Ground, argues that tourism and other industries could replace coal mining and lead to greater prosperity. But former Gov. Paul Patton of Pikeville, now back in the mining business, says the region cannot support its current population without coal. Recent reports showing less recoverable coal in the region than presumed have only intensified the longstanding debate and made more urgent the answer to the old question, "What do we do when the coal is gone?"

In his keynote address to the East Kentucky Leadership Conference in April, Eller said he saw "growing potential for local and regionally coordinated tourism." He acknowledged in an interview that Kentucky has precious few "mountain vistas" like those in Tennessee and North Carolina, but the region could still have "cultural tourism based around folk traditions, music or arts and crafts." Eller also says the region could support summer camps, mountaineering sites and weekend escapes for young professionals who live in Kentucky’s cities.

Eller is among those who want to wean Appalachia from its historical dependence on coal. "We have to do two things," he said when asked about the future of the Appalachian economy: "Look for other alternatives (to coal mining) and stop

limiting those alternatives by destroying the terrain." In order to ready the region for transition to tourism, Eller urges the state to "stop giving out permits to surface mines above 2,000 feet" above sea level — an act that would end most eastern Kentucky strip mining.

The Mountain Association for Community Economic Development, based in Berea, says promotion of entrepreneurship and "microbusinesses" with five or fewer employees is the k ey to the r egion’s economic future. MACED President Justin Maxson argues, "If you add just one job at 10 percent of the microbusinesses in Kentucky, that’s 5,800 new j obs in the state," and current economic-development strategies "overlook an important swath of entrepreneurship in the mountains."

For decades, the best-known entrepreneurs in the Appalachian coalfield were coal operators. Paul Patton was one. Eight years in K entucky’s highest office h as made him less optimistic – or as he puts it, more realistic – about a non-coal economy.

Patton was never a strip miner, but says surface mining isn’t an obstacle to economic diversification. "It’s a tradeoff," he says, holding up his hands like a pair of scales. "You can’t have a modern society and a pristine environment. You can’t say you want all the benefits (of development) and then ban something every time human life is affected. You just can’t."

Patton dismisses Eller ‘s visions of tourism for the region. Leaning over his desk as if to indic ate he’d answered this question before, he said, "Travel has a minor — and I mean minor — place in our economy. People in Cleveland don’t want to come to eastern Kentucky for vacation. We’re too heavily populated, for one." Nor does Patton think that other parts of Appalachia, those without coal, serve as a realistic guide: "People ask, ‘Why can’t we just be like Gatlinburg?’ . . . Well, there’s already a G atlinburg and w e don’t need two of them." Unlike coal, says Patton, "Tourism is just not viable as a base industry."

Asked about his o wn administration’s progress on Appalachian development, he sat back in his chair for a moment. "Well," he smiled, "it ‘s a lot h arder than I ex – pected. I didn’t really get the results I wanted." Pressed to say what happens when the coal runs out, he was frank. "Virginia City," he said, naming the Nevada boom town that became a ghost town when its silver ran out.

Without mining in eastern Kentucky, "The population will be severely decreased," Patton said. " There’s not an alternative source of base income aside from coal. Transfer payments will be a source of income, but it will be a much older society. There will be lots of abandoned buildings, schools, houses." Asked if he meant to paint such a bleak picture, Patton shrugs his shoulders sadly, "Well, once the coal goes away, I just don’t see what you do to keep the show goin’."

Sissy Cawood of Pineville, who helped oversee Family Resource and Youth Services Centers during the Patton administration, is also skeptical. "We have to come to terms with the fact that for much of Appalachia situated away from I- 75 and any other major thoroughfare, there is not much hope for attracting industry," she says. "The infrastructure is in place in every little town and county with industrial development sites Õ but still they sit idle."

Still, Eller maintains, "public resources have not gone toward looking for an alternative to coal mining" for economic development in eastern Kentucky.

Though they have different visions of Appalachia’s post-coal potential, when asked to identify the biggest impediment to economic development, Eller and Patton both responded with a single word: "education." Cawood agrees, and says the push for job creation too often obscures the more basic problem. "When I hear county judges and chamber of commerce types speaking, it’s not about our education system," she says. "It appears to me that they do not understand the connection between education and any kind of development or jobs-producing success in the region."

Unfortunately, most young people who leave eastern Kentucky for a college education never come back. Patton said the "brain drain" in the region is "the same as in the cities. Once you get a core of poverty established, it’s hard to get r id of and the distillation process starts. The less competent will stay near home where they feel more comfortable while the talented will leave." Eller agrees: "Without opportunities economically, it is easy for young people to lose a sense of purpose, especially when their options are (a) leave or (b) make do in a depressed area."

But what about MACED’s vision of entrepreneurship? Economist Ken Troske, head of UK’s Cen ter for B usiness and Economic Research, isn’t buying it. "Only 10 percent of these people have college degrees. What kind of businesses are they possibly going to run?" But Al Cross, director of UK’s I nstitute for R ural Journalism and Community Issues, argues that if communities could get even two members of each graduating class to come home after college and go into business, their communities could move forward. And Eller takes heart from a change he has seen in his students from Appalachia. "In the ’90s, I was nearly hopeless because my students seemed so uninterested in helping their home region — it was a very ‘me’ generation," he said. "Now, students are much more interested in the social good rather than their own careers and fort unes — and ther e’s the hope."

Although Patton has been out of the governor’s office for six y ears, he ch airs the state Council on Postsecondary Education, and he ‘s still thinking about ways to impr ove Kentucky’s schools. "Teacher pay is the big problem," he said. "We’ve gotten used to cheap labor in the classrooms because we eliminated opportunities for women in other occupations." Because women now have other options, Patton says, public schools are unable to recruit the same quality of teachers.

"If I could snap my fingers," he said, "we’d have school elev en months per y ear, with vacations scattered around the calendar." He also believes that a longer schedule would eliminate the teacher pay problem: "If you could increase to $50,000 starting wages, then you could probably extend the school year to eleven months." For Patton, this change would have significant benefits for the state: "if you could pull it off, it would be the single biggest achievement for Kentucky and for American society."

Besides education, Eller and Patton agree on at least one other thing: Local leadership is crucial. As Eller put it, "The greatest tragedy in Appalachia today is the absence of leadership that really has a vision for the future of the region —and for the survival of its people."

Patton seems to agree. As he pointed out the modern amenities of Pike County, he was asked if other mountain counties are as nice. He grinned and responded with a joke — a telling one. "No," he laughed, "the other counties aren’t nearly this nice. But you have to remember — none of those other counties have ever had a governor."

John James Snidow is a researcher for the Institute for Rural Journalism and Community Issues, based at the University of Kentucky. He is a graduate of Paul Blazer High School in Ashland and Harvard College, with a degree in economics.  He can be reached at Snidow@gmail.com. This is the first of a series of articles about economic development in Appalachia, distributed by the Institute. Reach Institute Director Al Cross at al.cross@uky.edu.