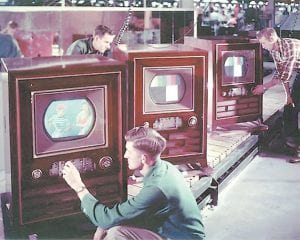 Sixty years ago this week — on March 17, 1955 — most Letcher Countians got their first look at a color television set when RCA Victor provided local dealer Salyer Radio Company of Whitesburg with one of only 20 color sets that were made available nationwide in hopes of getting the public acquainted the concept, which was very controversial at the time. The set on display here was probably a CT-100 manufactured at RCA’s plant in Bloomington, Indiana. The photos above and a right were taken at the plant March 25, 1954, just two months after the first nationwide broadcast of a color TV event — the Rose Bowl Parade. The first RCA color TV carried a suggested retail price of $1,000 — equivalent to $8,688 in today’s money and about the same price as some luxury automobiles for the 1955 consumer. (AP Photo) 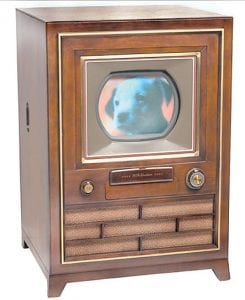