When did I become my parents? 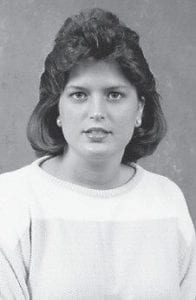 Last week as I was helping my husband put groceries in the car, I remarked, “It’s hotter than hubs!” I do not know the origin of that saying except that my parents used that phrase frequently as I was growing up to describe the extremely hot temperatures of a long, steamy summer. It is just one of the many sayings, quirks, and mannerisms that I have noticed myself saying or doing in the last few months. Now I have to wonder, when did I become my parents?

As a young girl, I was your typical “daddy’s girl”. Dad taught me how to fish, how to swim (I did take lessons, too), how to mow grass, cut weeds and plant a garden. Then I had to learn how to harvest what we had planted, even though I do not like green vegetables! Dad took over the driving lessons when I scared my mother one too many times and of course, he walked me down the aisle when I was married.

My mother is a homemaker. And we had a wonderful one! Mom would make mother/ daughter outfits, make my Halloween costumes, tried to teach me how to cook, how to clean and taught me the importance of family. She was also my best friend. She hoped that I would become interested in cheerleading or sports or the band like she had been or my brothers had been in high school. But that just wasn’t me. I was the studious one . . . the straight “A” student with all the straight “A” friends.

As with most kids, there came a time that I thought most of the rules that my parents set for me were dumb. I had heard lots of stories about my brothers’ adventures and it did not sound to me like they had to follow rules! A lot of my parents’ opinions on things were old-fashioned. Their ways were outdated! Of course I knew so much more that they did! I was in college! And we all know that college educated people are so much more smarter than those who didn’t go to college, right??!! (insert sarcasm here!)

Fast forward 20 plus years and here I am today. In those 20 plus years, there has been a lot of living and sadly, a lot of dying in my family. My father has been gone now since February 2004. For 53 years, my strong, opinionated, old-fashioned mother took care of him and loved him till death they did part. And you know what? That’s the best thing that they taught me. So when I look in the mirror or hear their voices in mine and I wonder, when did I become my parents? The answer is: I don’t know but thank God that I did!

Tabitha Webb is the daughter of Vernell H. Mullins of Whitesburg and the late Morris Mullins. This article is reprinted from the Middlesboro Daily News where she is a columnist.