When Packard came to town 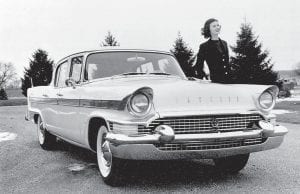 In January 1955, the newly formed Packard-Studebaker Corporation announced that Combs Motors of Whitesburg would be its newest Packard automobile dealer and service center. Pictured at right, courtesy of the classic car publication Hemmings Daily (hemmings.com), is the dashboard of a 1955 Packard Clipper Constellation. The photo above from The Associated Press shows a 1957 edition of the Packard Clipper. Unfortunately, that was to be the final year of production of the Clipper, as only 4,600 of the mid-priced autos were sold. Packard-Studebaker closed its Detroit, Michigan plant in 1958. 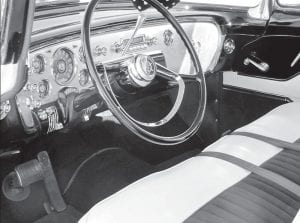