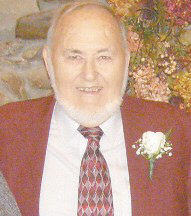 Letcher County has lost one of its best known advocates for preserving the Appalachian culture.

Charlie L. Whitaker died of an apparent heart attack, as he arrived for an 80th birthday celebration in his honor on the campus of Alice Lloyd College on Oct. 17.

Whitaker was famous for making dulcimers, which were frequently on display at the Mountain Heritage Festival. He was also southeastern Kentucky’s bestknown square dance caller.

Whitaker traveled all over the region, putting on square dances and teaching area students about the mountain culture.

Former school superintendent Jack Burkich is among those saddened by Whitaker’s passing. He said Whitaker will be missed by everyone who knew him.

“He was a rock-solid person,” said Burkich, “who loved the Appalachian culture and knew a lot about it.”

Burkich and Whitaker became friends when Whitaker came into Letcher County schools to teach students about square dancing and other arts and crafts.

Whitaker once was principal at Campbell’s Branch School — before it closed. Earlier, he was a dean at Alice Lloyd College.

Whitaker was the very first men’s basketball coach at ALC and was the first person inducted in the ALC Athletic Hall of Fame.

Many people, including Burkich, arrived at Saturday’s birthday celebration, unaware that Whitaker had collapsed and died. Burkich said it came a shock to everyone.

Charlie Whitaker was very involved in the arts and crafts community.

Just a week earlier, he performed with a group of squaredancers at the Indian Summer Folk Festival, sponsored by the Little Shepherd Outdoor Drama at Jenkins. He also had a knack for basket weaving.

Whitaker lived in Blackey with his wife, Joyce. A graduate of Stuart Robinson High School, he earned an Associate Degree from Caney Junior College in 1951, and a Bachelor’s Degree in Education from Eastern Kentucky University in 1954. After serving in the U.S. Army for two years, Whitaker earned a Master’s Degree from Peabody College in 1960. He earned a second Master’s from the University of Louisville in 1971.

Funeral services for Whitaker are being held on Wednesday (today) at the Nelson-Frazier Funeral Home in Hindman.