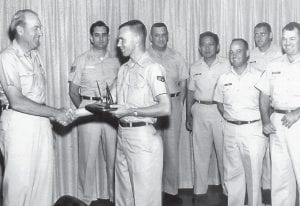 About three years ago I got a call from Sacramento and a lady says in a nice voice, “Everett Vanover, I was your school teacher in Burdine in 1942.”

I’m trying to remember my teacher in 1942. She went on to tell me that she had been reading my stories in her Mountain Eagle, and one time she saw my photo in the paper and told her family, “I know that man.”

I never had the heart to tell her she was not my teacher.

We started writing and talking on the phone often, and I found out that her name was Eva Dale Douglas.

When she finished school in Whitesburg in 1941, she took the teaching test and was hired at Burdine, where she taught school in 1942 as a teenager during wartime when they were short of teachers.

One of her students was Joyce Dingus, who turned out to be one of her lifelong friends. Joyce’s dad, Albert, would later marry Dale and her husband Robert Douglas in east Jenkins. 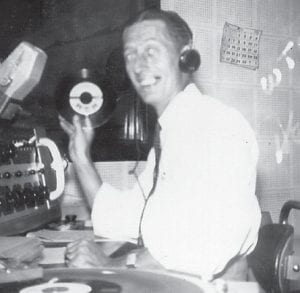 I knew the Dingus family all of my life. Their home was next door to Burdine School.

Albert Dingus was the first person the FBI talked with when they came to Jenkins asking questions about me in 1948 when I was getting my top secret clearance from the military. The FBI never told folks they talked to why they were asking these questions, and it really scared my parents.

Son Bobby Dingus was in my class and the oldest son, Jack, taught me a lot about basketball.

Albert’s nephew worked for me for many years, stateside and overseas, as a printer.

Dale’s dad, W.L. Stallard, principal of Whitesburg High School, got Dale a job at the Pentagon when she left her Burdine teaching job.

Dale met Robert Douglas, a veteran who served in Merril’s Marauders in the China/Burma/India Campaign. He was recalled into the Air Force during the Korean War and made the Air Force a career.

Dale and Robert had twin daughters, Sharon and Susan, who would also serve in the Air Force.

She said that he was the best boss she ever had. I served with him for many years.

The General was killed, along with a friend, while on a fishing trip to Alaska while landing his plane on a lake and hitting an unseen log.

When I was informed of it, it hurt me. I had lost my boss and a good friend.

Both Robert and Dale died recently. Their burial was in Sacramento Valley VA Cemetery in Dixon, Calif., a few miles from my home.

My wife Estelle was one of the first 200 people to be buried there.