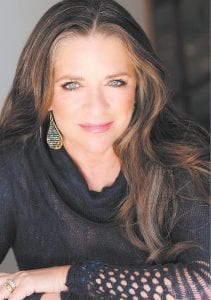 TO PERFORM — Country musician Carlene Carter, the daughter of June Carter Cash and country star Carl Smith, and stepdaughter of Johnny Cash, will perform at River Park in Whitesburg this Saturday night at 8:30 p.m. There is no charge for admission. A fireworks show will follow.

Country musician Carlene Carter will perform in Whitesburg this Saturday night (June 30) as the headlining act for the city’s annual Fourth of July celebration and fireworks show.

Carter, the daughter of June Carter Cash and country star Carl Smith, and stepdaughter of Johnny Cash, is scheduled to take the stage at 8:30 p.m., about 5-1/2 hours after River Park opens to the public, Whitesburg Mayor James Wiley Craft said this week.

According to Craft, River Park, located below the Whitesburg hospital, will be set up and ready to go by 3 p.m. on Saturday, with inflatables and other attractions for children. While there is no charge for the music or the attractions, food booth operators will charge for what they provide.

“We’re looking forward to a big crowd and good entertainment,” Craft said. “The fireworks show this will be bigger and better than ever. It will start after Carlene Carter’s concert is finished.”

According to Craft, music will begin at 4 p.m. Saturday with appearances by local bands Will Caudill and Rt. 7 and Black Bottom Road, followed by Harlan County’s Kudzu Killers, who will be joined on harmonica by Whitesburg City Council Member Mike Jackson. 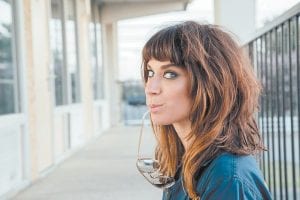 Carlene Carter has been releasing music for almost four decades. The daughter of June Carter Cash and country star Carl Smith, and stepdaughter of Johnny Cash, she is the physical embodiment of the Carter Family in the 21st century.

Her most recent album release was Carter Girl, a Don Was-produced collection of Carter Family songs and originals, inspired by her family. Carlene spent the better part of the last few years on the road with John Mellencamp on his Plain Spoken tour, both as a support act and joining him on stage nightly to perform duets. She also appears on Mellencamp’s 2017 album, Sad Clowns and Hillbillies, which includes newly penned songs by Carlene.

Carlene started her career singing with The Carter Family at 17. With the 1978 release of her self-titled debut album, she established herself on the edgier end of the country music spectrum, having recorded it in England with Graham Parker’s band The Rumour. When Maybelle Carter died later that fall, Chet Flippo wrote in Rolling Stone that she “lived to see her granddaughter Carlene merge Nashville with contemporary rock and roll.”

Her third album, Musical Shapes, is still often cited as being ahead of its time for its blend of country and rock, was recorded in 1980 with her then husband and producer Nick Lowe and his group Rockpile, which also featured musician Dave Edmunds.

Living with Lowe in England at the time, Carlene filled in for her aunt Anita one night when The Carter Family played Wembley Stadium with the Johnny Cash show. She ended up touring with them for the next two years, until she felt ready to go out on her own again, encouraged by eastern Kentucky native Dwight Yoakam, who told her, “Carlene, there is a place for you in country music.”

Working with producer Howie Epstein (of Tom Petty & the Heartbreakers), Carlene Carter became Nashville’s homecoming queen of 1990 when her rockin’ “I Fell In Love” topped the country singles and video charts, and the album was named one of the year’s 10 best by Time, People, and Stereo Review. Award nominations followed for the Academy of Country Music’s Top New Female Vocalist, and Best Country Vocal Performance, Female (for the I Fell In Love album) at the 1991 Grammy Awards. Her dynamic personality made her a natural as VH1’s first country video hostess with her own daily hour, The Carlene Carter Show, and she had another smash hit single and video with “Every Little Thing,” from Little Love Letters, in 1993.

Producing her next album, Little Acts of Treason, in 1995, Carlene got dad Carl Smith out of retirement for a duet of his hit “Loose Talk” (#1 for 7 weeks in 1955), and included The Carter Family and Johnny Cash on “The Winding Stream.” Back on television with a series of specials for TNN, Carlene Carter: Circle of Song featured many friends and family members; and she made history with two other famous Nashville daughters, Lorrie Morgan and Pam Tillis, on what USA Today called “the first all female major country tour” in 1996. Her first “best of” collection, Hindsight 20/20, with 20 songs spanning 20 years of her recording career, was also released that year.

European tours and appearances on other albums continued, including a Waylon Jennings tribute covering his anthem “I’ve Always Been Crazy,” but Carlene’s life was devastated by the deaths of longtime partner Epstein, mother June, stepfather Cash, and sister Rosey Nix, all in 2003. Her performance of “Jackson” with Brooks & Dunn at the Johnny Cash Memorial Tribute Concert (which The Tennessean named “the show’s emotional highlight”), led to Carlene being cast as her mom in Wildwood Flowers: The June Carter Story, a 2005 Nashville stage musical about June’s early years with Mother Maybelle and the Carter Sisters. The show ended with Carlene’s emotional tribute to her grandmother and Rosey on “Me and the Wildwood Rose” segueing into “Will The Circle Be Unbroken.”

Carlene continued to honor Rosey on the title track to her next CD, Stronger, produced by old friend and musical collaborator John McFee (of The Doobie Brothers and Southern Pacifi c) in 2008. Elvis Costello called the record “astounding,” and songwriter Bernie Taupin (Elton John) wrote that it was “a staggering achievement by one of the great voices and fearless hearts of country rock.” USA Today said simply, “It’s great to hear her again.”

On Sad Clowns & Hillbiliies, Carlene duets with Mellencamp on the album, sings backup and plays guitar and autoharp. Her songwriting skills are heard on “Indigo Sunset” which she wrote with Mellencamp and on “Damascus Road,” her own composition.