Whitesburg to rock all weekend long

On Friday night … … the action begins at StreetSide Grill and Bar on Main Street in Whitesburg, where the Twang Bangers will appear. Since forming at East Tennessee State University in Johnson City, Tenn., in 2008, the six-member band has become one of the region’s top live acts with its unique style of music, which ranges from the Drive-By Truckers and the Stone Temple Pilots to the Allman Brothers Band and Tom Petty. Call 633-2721 for information. The band’s Facebook site is at www.facebook.com/TwangBangers. Its latest EP, “Part Two,” is available at iTunes.com. 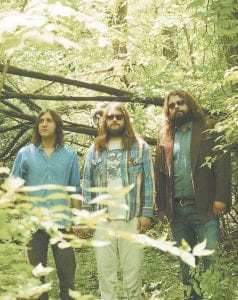 On Saturday night … … the live rock music moves across the street to Summit City, which welcomes Buffalo Killers, a trio from Cincinnati who have opened shows for the Black Crowes among others. The band’s second album, Let It Ride, was produced by Dan Auerbach of The Black Keys. The trio’s third full-length recording, Dig.Sow.Love. Grow., was released in August 2012. “Once again the trio draws on a blend of garage rock, folk and psychedelia for this recording,” said RELIX magazine. “For my money, the best rock band to emerge in the 21st century thus far,” said a reviewer in The Record Changer. For more information on Saturday’s show, call 633-2715.The band’s music is available at iTunes.com. To view them on Facebook, visit www.facebook.com/buffalokillers.