Whitesburg will rock in mid-May 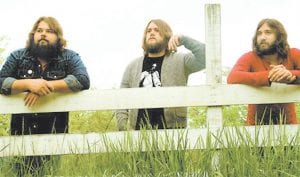 BUFFALO KILLERS (above) were formed in Cincinnati in 2006. They have toured with The Black Crowes and The Black Keys, whose singer and guitarist Dan Auerbach produced the trio’s album “Let It Ride.” Buffalo Killers have been compared favorably to rock bands ranging from Mountain to the Rolling Stones and count legendary rocker Alice Cooper among their fans . Cooper says of the band, “Buffalo Killers definitely have a cool Joe Walsh/James Gang influence in their sound. I dig ‘em.” Buffalo Killers will perform at Summit City in Whitesburg on Saturday, May 18.

The weekend of May 17-18 promises to be a good one for fans of rock music when up-and-coming bands Buffalo Killers (above) and The Twang Bangers visit Whitesburg to perform shows at Summit City and Streetside Grill & Bar. 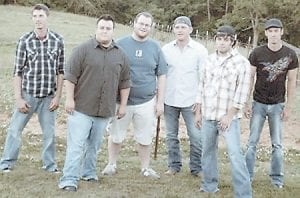 THE TWANG BANGERS were formed in 2008 in Johnson City, Tenn., by East Tennessee State University students studying and practicing in the same program that produced country music superstar Kenny Chesney. The band has quickly developed a huge regional following, helped in part by race-day appearances at Bristol Motor Speedway. The Twang Bangers, who have already shared stages with stars including Josh Turner and Uncle Kracker, will bring their southern rock sounds to Streetside Grill and Bar in Whitesburg on Friday, May 17.