Who performed ‘The Voice’? 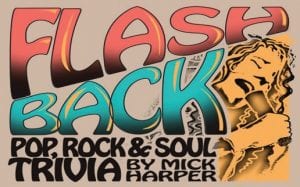 1. What group released “Bus Stop”? What is the song about?

3. Van McCoy was best known for which dance tune?

4. Who wrote and released “Give Ireland Back to the Irish”?

5. Name the artist who wrote “You Ain’t Seen Nothin’ Yet.”

6. “Don’t Stand So Close to Me” netted a Grammy for what group?

1. The Hollies, in 1966. The song describes a romance that started at a bus stop in the rain, with a shared umbrella.

2. The Moody Blues, in 1981. The English band’s name developed in 1964 from a hoped-for sponsorship from the M& B Brewery, which never materialized.

4. Paul McCartney and Wings. The song, written after the deadly Bloody Sunday civil-rights protests in Ireland in 1972, was banned from airplay. It rose to No. 1 anyway.

5. Randy Bachman, of Bachman Turner Overdrive (BTO). The 1974 song was the Canadian rock group’s only No. 1 single.