Who will win? Who knows? 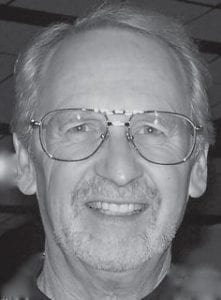 Governor’s Cup XXIII, Kentucky at Louisville. History tells us, as a season opener, picking a Gov’s Cup winner is like handicapping the Kentucky Derby – everybody’s an expert and nobody has a clue.

Today, (keepin’ it simple, stupid) one man climbs out on one limb …

1. UK defensive line will be better than Louisville’s off ensive one.

2. UK linebackers and secondary will be diff erence makers.

4. Home crowd won’t be enough for the Cardinals.

NEWS. Academic casualties at Louisville, Justin Coleman and Roburt Sallie. Neither will suit suit up for the Cardinals this winter.

VIEW. Waste of time (Pitino’s) and UofL money, recruiting Coleman and Sallie. Pitino trying to wedge Roburt Sallie into UofL’s graduate school smacked of desperation. Coach must have believed Sallie could do the ball season ahead of passing the GRE (graduate record examination).

VIEW. Curious timing, the newspaper expose` but a real world welcome to an ex-UK ball player, hardball politics is fair. A place where more playing time for Richie (in his new $35,000 ride) doesn’t get the same mileage. Particularly for one who wants Beshear’s job

NEWS. Kyle Wiltjer, a highly regarded 6-9 forward in Portland, Oregon announced he has chosen Kentucky from a heavyweight list that included Kansas and Texas.

VIEW. For some, not all, high school stars, chance to play in the same time zone with ESPN, for a team that’s on television more often than Mad Men, it’s a slam dunk. New question becomes – will Left Coast Wiltjer be Kentucky’s next Chuck Hayes or next LeRon Ellis?

Louisville’s Preston Knowles is a changed man and out of Rick Pitino’s doghouse after a month working at the Daniel Pitino Shelter in Owensboro. A move intended to turn on the light in Knowles’ head, change his attitude and temper control.

If he is a new man, then Knowles experience in Owensboro is opportunity. UofL director of athletics Tom Jurich and other college ADs should revise summer school programs used to keep student-athletes eligible to include assignments to public service at homeless shelters. This would be an education.

College football is upon us, but basketball took couple jump shots over football openers last week.

At Pikeville, coach Kelly Wells is a popular Kentuckian with solid credentials two-time all-state player at Rowan County, he played in three State Tournaments; lettered at Tulsa University and Morehead State; coached Mason County High to a state title in 2003, and was high school coach of the year.

UK opens regular season at Rupp Arena with East Tennessee State. After a visit from Indiana December 11, fans with higher-priced season tickets package get ripped off until SEC play. The Wildcats are on the road against Oklahoma, Virginia or Washington, North Carolina, Notre Dame, Maui Classic and Louisville.

The Kentucky-Notre Dame game at Freedom Hall on December 8 is part of a doubleheader. In a game that could be important to his career, John Pelphrey sends Arkansas against Seton Hall.

Kingmaker game early? At Chapel Hill, North Carolina on December 4. A win would push Kentucky into the Top 10 and on a path to be 12-0 going into the Yum Center New Year’s Eve in Louisville.