Will new focus on rape kit tests put thousands in jail? Where to hold arm for ‘BP’ reading 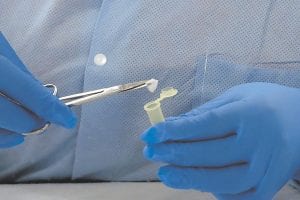 A small piece of cotton from a swab in a sexual assault evidence kit is placed into a vial for testing in the biology lab at the Houston Forensic Science Center in Houston, Texas recently. (AP Photo)

The evidence piled up for years, abandoned in police property rooms, warehouses and crime labs. Now, thousands of sexual assault kits are giving up their secrets — and rapists who’ve long remained free may finally face justice.

A dramatic shift is now taking hold across the country as police and prosecutors scramble to process these kits, and use DNA matches to track down predators, many of whom have attacked more women while evidence of their crimes sat in storage.

“There’s definitely momentum,” says Sarah Haacke Byrd, managing director of the Joyful Heart Foundation, an advocacy group working on the issue. “In the last year we really are seeing the tide turn where federal and state governments are offering critically needed leadership and critically needed resources to fix the problem.”

In Cleveland, the county prosecutor’s office has indicted more than 300 rape suspects since 2013, based on newly tested DNA evidence from old kits. Ultimately, 1,000 are expected to be charged. 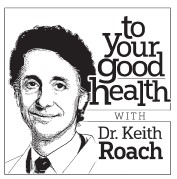 In Houston, authorities recently cleared a backlog of nearly 6,700 kits, some decades old. The project turned up 850 matches in a national DNA database.

In Detroit, the prosecutor’s office, hamstrung by city and county financial troubles, has partnered with two nonprofits to raise $10 million to help analyze, investigate and prosecute cases stemming from more than 11,000 untested kits.

There’s a new urgency, too, among lawmakers. Legislators in more than 20 states are considering — and in some cases, passing — measures that include counting all kits and setting deadlines for submitting and processing DNA evidence.

The high-profile campaign also is getting a big financial boost: at least $76 million for testing, prosecution and reforms.

It’s too soon to know how much testing will cost. But in some cases, it’s too late for justice because statutes of limitations have expired. In others, investigators will have to dig through old files and track down suspects and rape survivors. It’s an enormously time-consuming venture.

“It’s great entertainment on television that in one hour’s time, we have a crime, we take the (DNA) sample, we get a ‘hit,’ we arrest the suspect and then he’s prosecuted and off to jail,” says Doug McGowen, coordinator of Memphis’ Sexual Assault Kit Task Force. “That’s just not the case, clearly.”

In Memphis, where about half of more than 12,300 kits have been tested or are waiting to be analyzed, it will take another five years to complete the investigations and prosecutions, McGowen says.

In resurrecting old crimes, investigators have detected an alarming pattern: Many rapists are repeat offenders who might have been stopped with a timely testing of sexual assault kits. In Wayne County, home to Detroit, authorities say 288 potential serial rapists have already been found among the kits analyzed.

“Yes, it is an embarrassment,” said Kym Worthy, Wayne County prosecutor. “It shows that we, as this country, do not respect rape victims to the extent that we respect other victims.”

This new spotlight on rape kits stems from the work of groups such as Joyful Heart, the willingness of survivors to speak out, investigative media reports and the attention of political leaders from statehouses to the White House.

Two frequently cited reasons for the backlog are money — it can cost $500 to $1500 to test each kit — and technology. DNA wasn’t widely used until the mid to late 1990s.

Some police departments also haven’t tested kits if the assailant was known, the woman wouldn’t press charges or the attacker confessed.

“There is no smoking gun that you can point to in any city in America to say this is the one reason why we have this accumulation of kits that have been untested,” McGowen says.

Mary Lentschke, an assistant Houston police chief, says even with DNA, police still didn’t have enough money and crime lab workers, who also were assigned to solve homicides. “When you don’t have the funding and you don’t have the staffing, you make decisions on a case-by-case basis,” she says.

New financial commitments, though, will help. President Barack Obama’s 2015 budget set aside $41 million to help reduce the backlog. Another $41 million has been proposed for the 2016 budget, along with $20 million for reforms.

And Manhattan District Attorney Cyrus Vance Jr. has pledged up to $35 million he estimates will be enough to test 70,000 kits. “We felt this was an essential investment,” he says.

Vance’s office says labs, police, prosecutors and others from 30 states have expressed interest in the funds.

Money, though, is just part of the solution.

Rebecca Campbell, a Michigan State University professor who has consulted and trained police departments, says officers often doesn’t understand trauma. “If a victim is very calm and quiet they think there’s no possible way she could have been raped,” she says.

Campbell was chief author of a recently released multi-year study that reviewed 1,595 untested sexual assault kits in Detroit. Her research, funded by the National Institute of Justice, found evidence of “police treating victims in dehumanizing ways.”

Women were often assumed to be prostitutes, the study found, and adolescents frequently perceived as concocting stories to avoid getting in trouble.

But progress is being made in Detroit and elsewhere with new police training and rules for handling kits, improved understanding of trauma and legislative reforms.

When law enforcement deals with rape survivors now, says Sgt. Amy Mills, head of the Dallas police sex assault unit, “We always start with, ‘We believe you,’ not ‘Convince us.’”

For rape survivors, the delays have been infuriating and inexplicable.

Meaghan Ybos was just 16 in 2003 when she was raped by a knife-wielding, masked man in her suburban Memphis home.

In 2012, she called Memphis police after hearing TV reports of a serial rapist in the community. She thought it might be her attacker. It was only then — nine years later — that she realized her kit hadn’t been tested.

When it was, the results led to Anthony Alliano, who later pleaded guilty to assaulting Ybos and six other girls and women. His sentence: 178 years.

“Before he was caught, I told myself I had moved on and I had healed, which was the furthest thing from the truth,” Ybos says. “I realize how the attack and the disregard of law enforcement just informed every second of my life. … It was always with me in every second of those nine years.”

Ybos became a driving force for reform, helping draft and lobby for a measure in Tennessee that eliminates the statute of limitation on rapes reported within three years of the crime. It was signed into law in 2014.

DEAR DR. ROACH: Recently I was told that the “new way” to take blood pressure readings was to hold your arm against your chest and over your heart. I have not seen this on the Web anywhere. Is this true? — W.S. ANSWER: It’s not so new: We have long known that the arm should be at the same height as the heart. The arm also should be supported. Otherwise, the readings will be slightly (or not so slightly) off.

. DEAR DR. ROACH: Medical advice is to reduce sugar consumption. Does this apply to 100 percent fruit juices, fresh fruit, sweetened cereal products or other fruit-sweetened products? — R.B. ANSWER: I think it makes sense to limit sugar intake, as most North Americans take in remarkably large quantities of sugar. This week, while giving a lecture at the medical school, I noticed that the carbonated sodas served contained 45 grams of added sugar per can. That’s more than the American Heart Association recommends in a day (no more than 25 grams of added sugar per day for women, 40 grams a day for men)! Be careful of products that claim to be sweetened by fruit juice or fruit sugar; this still counts as added sugar. I do make an exception for fruits, as the body processes natural sugars from fruit differently. You can try this out at home by eating

four medium-size oranges or drinking its equivalent in an 8-ounce (250 ml) glass of orange juice. I think you will find a big difference in how full you feel. Although reducing sugar is critical for diabetics and is very important for anyone trying to lose weight, even for people with no sugar or weight problems, the evidence is accumulating that eating too much added sugar increases future risk for heart disease and diabetes.

. DEAR DR. ROACH: I have statin myopathy. I am in pure agony. I am taking muscle relaxants and pain relievers. The muscles all over my body ache. I have had pain for two months. Do you have any advice or remedies? — B.A. ANSWER: Statin drugs are used to reduce risk for people with an increased chance for heart attack, depending on cholesterol levels, blood pressure, family history and other risk factors for coronary heart disease. As many as 9 percent of people treated with statins have muscle aches, which can be severe. The treatment is stopping

the statin. After stopping, the average time for symptoms to get better is two months. Only 7 percent have symptoms after six months. Coenzyme Q-10 has shown promise as a treatment for statin myopathy, in the dose of 200 mg a day, once daily or divided. It doesn’t work for everybody. Dr. Roach regrets that he is unable to answer individual letters, but will incorporate them in the column whenever possible. Readers may email questions to ToYourGoodHealth@med. cornell.edu. To view and order health pamphlets, visit www.rbmamall.com, or write to P.O. Box 536475, Orlando, FL 32853-6475.