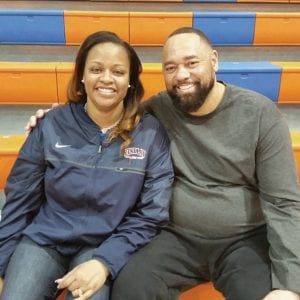 Friday could be the best day, worst day or somewhere in between for University of Kentucky fans.

But what if UK wins just one game — or none? That won’t make for a happy day.

I wondered how media members felt about Kentucky’s big day because I thought you would enjoy their answers. Here’s what five state media members who cover both UK basketball and football think about Friday’s matchups.

Question: Who do you think wins the Kentucky-Louisville basketball game and why?

Tom Leach, UK Radio Network/ Leach Report : “UK wins because first and foremost, it’s at Rupp. To win here, I think opponents will likely need to have a significant edge in 3-point baskets and I don’t see that happening in this matchup, plus the Cards’ defensive rebounding percentage is not good and offensive rebounds are a big part of the Cats’ script for success.”

Alex Risen: “UK could use another big win over a power 5 school. Tough to beat UK at Rupp; even for an improving UofL bunch that will come in with big chip on shoulder knowing the crowd and environment will be toughest of season. But UK also will have a chip after the UCLA loss. UK beats UofL 76-67.”

Tyler Thompson, Kentucky Sports Radio: “Kentucky wins. David Padgett has done an admirable job after all of the Rick Pitino drama, but it won’t matter versus an improving Kentucky team in Rupp Arena. The Cards are even streakier than the Cats from the outside and can’t match Kentucky’s athleticism and newfound confidence. If this game were at the Yum Center, I might worry, but with a raucous crowd behind them, the Cats will roll.”

Larry Glover, LarryGloverLive on WVLK: “I think UK wins the basketball game. The Cats’ talent, overall, is better but the difference will be Calipari. David Padgett may well be a great coach at some point but he’s not ready for this moment and this rivalry.”

Ryan Lemond, Kentucky Sports Radio: “Kentucky wins the basketball game because they’ve got a better coach, better players, it’s at Rupp Arena, and I don’t like Louisville. Seriously, this is one of the few years where I think Kentucky should win by double digits. It’s one of the few meetings in the last 10 years that won’t be close.”

Question: Who do you think wins the Kentucky-Northwestern football game and why?

Tom Leach: “ Many bowl games are decided by something that’s hard to measure — does it matter significantly more to one team over the other and I don’t yet have a feel for that part of this matchup. I would think the Cats would be highly motivated to rewrite the ending to their season. I think a month of healing for players like Stephen Johnson and Quinton Bohanna will be a big plus for Kentucky. I’m predicting UK will win the turnover margin stat and that will be the key to an upset win for the Wildcats.”

Alex Risen: “UK needs a bowl victory to rally fans. Good season full of ‘what if ’s’ dampens success. Northwestern might not be the name-brand game fans put value in, but at 9-3 and in top 25, Northwestern could be just what Cats need to put stamp on progress headed into 2018. UK has to stop the run (Northwestern’s Justin Jackson is well decorated and rushed 1,000 plus yards in each of his four seasons). Cats have struggled to be tough on ‘D’ but have the time to prepare and personnel to get it done. With tons of blue in Nashville, Cats beat Northwestern 27-24.”

Tyler Thompson: “All signs point to Northwestern here, but I’m anxious to see how Kentucky plays after a lackluster effort against Louisville in the regular season finale. Benny Snell is obviously Kentucky’s catalyst, but Northwestern has the 10th best run defense in the country. If they stop Benny, Kentucky doesn’t have a shot.”

Larry Glover: “I think UK is more mentally and physically ready for postseason this time around but Northwestern is likely the better team. That said, I have a odd feeling that UK finds a way to pull it out. Once again, Stephen Johnson finds a way to make enough plays to put Benny Snell and UK in position to grind out an important win.”

Ryan Lemond: “Kentucky wins the football game even though Northwestern is a better team. Northwestern doesn’t want to be in Nashville playing in the Music City Bowl. They had their sights on bigger, better bowls. We saw the same thing years ago with Clemson and Florida State. Neither team really wanted to be in Nashville, and it showed. UK is hungry after finishing the season with back to back losses. UK wins in an upset.”

Question: Is it more important for UK to win the football game or the basketball game?

Tom Leach: “I think the ‘important’ part of this discussion is overstated. The basketball team is going to be a lot better in March than it is now so a loss would not keep the Cats from getting where they want to go, although you could make the argument that a home loss might end up costing them a line or two on the bracket come Selection Sunday. As for football, a win would certainly put a better spin on the overall perception of the season but I don’t see it necessarily having a big impact on next season and win or lose, I think fans are always going to lament the one that got away against Florida. I think the Cats would be best served by not thinking about how ‘important’ the game might be and just play relaxed and see what happens.”

Tyler Thompson: “It’s close, but I say the football game. Whereas we know this basketball team will lose some games this season, the football team is in desperate need of momentum after a disappointing end to the regular season. Last year, it was big enough just to be in a bowl, but for Mark Stoops to continue this program’s growth and get the fans back, he needs a big bowl win. Meanwhile, a loss to Louisville in basketball won’t sting as much now that Pitino’s gone.”

Larry Glover: “A win would be more important to the football program. Strangely, a winning football season has a disappointing feel given the slide down the stretch. UK really needs a strong finish to give the program a boost heading into next season.”

Ryan Lemond: “I think it’s more important to win the football bowl game. The football program needs a good win. After letting wins slip away against Florida and Ole Miss, and then getting blown out in their final two games, this team and our fans need a feelgood win. The basketball team and our fans will be fine even if they lose to U of L because I believe this team can make a big run in March. Football needs the win more than basketball.”

As for me, I see a Kentucky basketball win but I just don’t see UK’s passing game being strong enough to win the football game.

Sherry Washington has tried to get used to not being able to watch her son, Kentucky freshman P.J. Washington, play in person every game this season. She’s almost always been at his games but living in Nevada, she knew she would miss games this season.

“Yes it is hard. I am yelling at the TV screen and I know he doesn’t hear me,” Sherry Washington said. ‘But I am yelling. I am normally yelling in the stands. It’s hard but on the other hand it is unreal you are watching your child play on TV. I am proud of what he has done, too.”

She’s also learned not to overreact to what she might see on social media about her son even though that’s not always easy.

“I just ignore it. We, as a family, P.J. really does not want us responding, and that’s fair. I get that. Good or bad, he doesn’t want us doing that,” Sherry Washington said. “Now is it hard for me as a mom? Yes because I always want to protect my kids. I have to really, really hold back at times to keep myself from responding. It’s hard.

“I would encourage any parent of a high profile kid to try your best to stay off social media. If I respond and they say something negative to me, then my son gets mad. It’s best to just leave it alone.”

Tom Leach knows when he does a postgame radio show with Kentucky coach John Calipari at Rupp Arena that fans are going to throw basketballs to Calipari for him to sign. He remembers a time one ball actually hit Calipari in the head but an even bigger problem was another time when a ball landed on the network’s equipment and knocked them off the air.

“The thing with the balls goes back to (former coach) Tubby (Smith). He was gracious and would sign stuff forever. He would interact with the crowd. Basketballs were constantly passed to him. He would sign everything that came through and then stop and interview.”

Billy Gillispie, UK’s next coach after Smith, would only sign autographs if a basketball was handed to him. Calipari came in and restarted what Smith had done.

“He started signing and it was just easier to focus on basketballs because he was getting everything from wedding napkins to slips of paper. At some point, he said it would be just basketballs.”

Leach said he would like to see someone take a picture from behind Calipari on the postgame show when “about 500 basketballs get thrust into the air in unison” for Calipari to sign.

“ But he always gets some serious signing done,” Leach said.

Quote of the Week: “He going to be okay. I think once he figures it out he will be fine. I just can’t have him taking two steps forward and three steps back,” Paul Washington on the progress his son, P.J. Washington, is making at UK.

Quote of the Week 2: “That’s secret. I could tell you this: Unfortunately I haven’t made that recruiting trip yet, so I’m going to have to maybe go — might have to go in January,” Kentucky coach Mark Stoops after signing Australian punter Max Duffy last week.

Quote of the Week 3: “We have already bought a 38-foot RV. We have to have somewhere to stay when we come to games, so his mom’s idea was to get a RV. So we got one,” Louis Poore on already being prepared to follow Kentucky football after his son, Chance, signed with UK last week.