Williams returns to the spotlight with induction 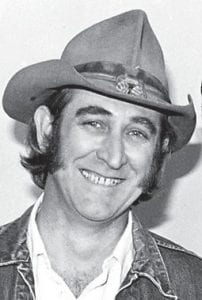 In a May 3, 1979 file photo, country singer Don Williams is seen during the 14th annual Country Music Awards in Los Angeles. (AP Photo)

Don Williams isn’t doing interviews now that he’s come out of retirement, but that’s no problem.

His return has his fans in the business doing plenty of talking about the laid-back icon who has launched a tour and was inducted into the Country Music Hall of Fame on Sunday.

Williams missed the ceremony with a case of bronchitis, his manager Robert Pratt said. But Williams’ influence will be celebrated and can still be heard on the radio today in singers like Joe Nichols and Josh Turner. And Keith Urban recently name-checked Williams, saying the voice of “The Gentle Giant” reached across the globe to him in Australia and drew him to country music.

“He’s the epitome of what we want to be,” said Rory Feek, of Joey and Rory, who have been opening up for Williams on his tour. “He walks out with a cup of coff ee and sits on a barstool and sings songs and just visits with the audience. And we love that for 30 years he can just be himself and not have to change anything, and it endears people so much.”

Williams announced his retirement in 2006 and completely disappeared from public life. The 71-yearold’s induction brought the spotlight back to a man who had 17 No. 1 hits, but wasn’t often on the shortlist when today’s fans tick off their favorites.

The genre turned in a different direction in the 1990s and early 2000s. First came honky-tonks, then rock riff s echoing off arena walls, shouldering aside his deep voice and gentle delivery. Randy Houser says Williams’ return comes with an important reminder.

“He’s one of those people, when you listen to those old records, reminds you that you don’t have to scream at people to get your point across,” the singer said. “We went through this style of music in Nashville where it was the Jeffrey Steele school of songs, where it was, ‘Rah rah rah rah rah rah.’ It was a great thing for Nashville and we had a good time doing it. But at the same time, let’s dial it back again and let it be more about the song and hearing somebody sing. I had to dial myself back and go remember what a melody is.”

Williams grew up in Texas and spent the early part of his career in rock, country and folk groups. He started a solo career in 1971 and scored his first hit in 1974. His first No. 1 was “I Wouldn’t Want to Live If You Didn’t Love Me” and 42 of his 46 singles landed in the top 10 from 1974 to 1991. He won the Country Music Association’s awards for best male vocalist and best single for “Tulsa Time” in 1978. He’ll be inducted into the Hall of Fame along with the late Jimmy Dean.

Williams, who still wears his trademark shortbrimmed cowboy hat and beard, won fans with his rich voice and unique storytelling style. Among those admirers was the Feek family. Rory Feek’s father loved Williams and his songs hold a special meaning for the family. The chance to tour with Williams came with many emotions.

“I grew up with songs like, ‘She Never Knew Me,’ — he just played them a 100 million times,” Feek said. “So anything having to do with Don is special. I told my sister about it and she just broke down bawling because it’s so close to home for us.”