Willie’s back with ‘Country Music’ 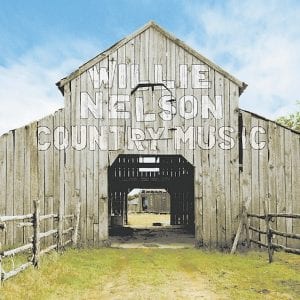 Willie Nelson has been all over the map the last decade, from reggae to jazz to pop standards. He makes his return to his personal roots with the aptly titled, “Country Music,” and we enthusiastically welcome him back.

The T Bone Burnett-produced “Country Music” showcases Nelson at his best, working through a series of standards that have been name-checked over the years but largely forgotten in the popular consciousness.

With Burnett assembling a top-notch roster of players — most of whom played on the Robert Plant-Alison Krauss collaboration “Raising Sand” — in Nashville, Tenn., Nelson hits several high points over the album’s 15 tracks.

There’s his energetic take on “Pistol Packin’ Mama,” a haunting version of “Nobody’s Fault but Mine,” a caboose-shaking romp on “Freight Train Boogie” and an earnest version of “Dark as a Dungeon,” which feels raw and immediate, thanks to current events.

The Grammy- and Oscarwinning Burnett has been on quite a run lately (he won his most recent Oscar with his work on the movie “Crazy Heart”), and he has the highly anticipated pairing of Elton John and Leon Russell due soon. This is the first time he’s worked with Nelson, though, and “Country Music” makes you wonder why it took so long.

CHECK THIS TRACK OUT:
For all his rollicking good humor, Nelson is often at his best when tackling religious material. That’s true here on the spare “Satan Your Kingdom Must Come Down,” a song with a true sense of gravitas.