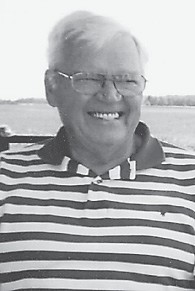 Born in Colson to the late Williams and Nancy Bowling Sexton, he was the father of the late David Sexton.

He was also preceded in death by a grandson, Jacob; four brothers, and a sister.

Mr. Sexton was retired in 1985 after 30 years as a parts inspector with Delco Battery, and was a member of the Farmland Lions Club and Cardinal Golf Club.

Online condolences may be expressed at www.wilsonshookfuneralhomes.com.