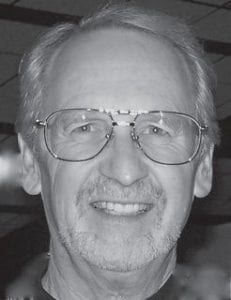 With temperature gauges reporting mid-90s this week, it must be time for football.

Why a fee for the latter and not the former? UK basketball is about supply and demand economics. It sells. Football begs. National champions set market value, while SEC football bottom feeders get a backseat on the playoff-bound express. Still, much as Alabama and others cash in on Kentucky basketball, Wildcat football picks up an equal-share cashier’s check alongside king ‘Bama and the rest.

Joker’s tour, which includes a stop at Bob Amos Park in Pikeville next Tuesday (June 26; registration begins at 4:30 p.m.), brings us to a Kentucky football 2012 reality check.

Nice man, Joker Phillips. Principled and no-nonsense, a native son who caught 75 (mostly from Bill Ransdell) passes for nearly 1,000 yards and nine touchdowns in the 1980s. He waited for and earned a turn at the UK job. But nice in SEC football usually means your name is high on the “hot seat” list. Nothing feeds the SEC bulldog better than winning.

• This Gameday Ready Tour could be Joker’s last hurrah. UK Director of Athletics Mitch Barnhart has kept the dreaded vote of confidence in his quiver, but made it clear in early spring that UK football has taken a step back and he expects to see progress this fall.

That’s AD code for “we’ve got lots of tickets (and parking and concessions) to sell for seven home games. We’re charging fans Tuscaloosa-level prices and, come October (and Big Blue Madness), we cannot afford to see Commonwealth Stadium half dressed up as empty seats.

Unsaid, but painfully obvious – Barnhart knows and savvy fans know too what SEC-quality talent and performance look like and too seldom are tailgaters going home happy; the lone recent exception last November’s 10-7 win over the Vols.

Progress? What does it mean?

1. From get-go, September 1 at Louisville, UK had better have its clock primed, wound perfect and on precision. Otherwise, the Cardinals will clean it amid jubilation and chants of Sweep tied to a December 29 hoops date in the Yum! Center.

For Big Blue Nation, the next Governor’s Cup is as important for Joker Phillips and his team as last year’s feel-good finale against Tennessee, and is certainly the most important since the UK-UofL re-start in 1994. And, given SEC add-ons Texas A&M and Missouri and Louisville’s flirtation to change leagues too, it may well be the last Governor’s Cup.

Next for Joker, the chain reaction thing.

2. A UofL win would elevate Charlie Strong’s star to another galaxy while also raising the decibel level on radio call-in shows – howls for his pal Joker’s head. Would be noise enough around UK to spawn puzzlement and low morale among players, bad mood and siege-think through coach offices and spoil focus for on field wars from the start.

3. Momentum could dissolve into regroup-talk against Kent State and Western Kentucky instead of Big Mo ahead of another trip to the black hole in Gainesville.

Another poor showing by the Wildcats at The Swamp leave us asking, “So, how is Nerlens Noel looking these days?”

4. Recruiting could spin into limbo and the word “transfer” rise in conversation.

Not a pretty sight is it?

5. A wobbly season start at Kentucky would also fuel that other fan favorite, the rumor mill. “Who’s gonna be our next coach?”

Four months ago a name spun into summer speculation seemed laughable since he had been sent packing from Fayetteville. The name Bobby Petrino seems less comic today.

Petrino to Kentucky would be laughable if not for the common direction being taken across college sports today. Sell out to win at whatever the cost.

When Petrino was blustering along the sidelines in Cardinal red coaching UofL in 2003-06, he was the unapologetic arch-villain who ran up a score against UK in its own stadium.

Times, they are changing.