WKU is on quite a roll 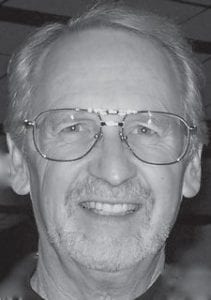 Those “arrrrgh, crunch and grind” groans we heard last Saturday was not a government shut down, or even Mitchell McConnell’s reaction to another Courier-Journal exposé. It was the college football attention shift in our state from Lexington and Louisville to Bowling Green.

Taking center stage, Western Kentucky teased the home folks, and Navy, with a 7-3 score at halftime, then Wham! A big-hit effi- cient 19-7 win against normally efficient and highscoring Navy on a gorgeous Saturday in the heartland.

What’s it mean? Rising to level of signature win (whatever that is), the Hilltoppers’ shut-down of the Middies was a clinic in triple option solution, a how-it’s-done operation with exclamations. Recruiting visits will increase too.

• Running back Antonio Andrews is officially a household word in Kentucky one line down from Teddy Bridgewater on football’s marquee. More, alongside ornery teammate Andrew Jackson, Andrews continues to rise as a prime NFL prospect.

• Navy coach Ken Niumatalolo was man-up, telling reporters, “They outcoached us, they outplayed us. We lost and I’m not going to make excuses.”

• This week the Hilltoppers are 3-2, should be 4-1, and a win at Louisiana- Monroe this week (Thursday, ESPNU) would catapult the Toppers into dates with Louisiana-Lafayette and Troy at home October 15 and 26, where two W’s, would let WKU fans dial bowl talk into the conversation before Halloween.

Kentucky Wildcats. One question, one answer, and crunch the numbers.

“What have you found out about your team the last two games?” Mark Stoops was asked after loss to Florida.

• With 62,067 announced attendance for Kentucky’s SEC opener against No. 11 ranked Florida, apparently 5,533 no-shows are waiting for “one of these days” also.

• Baby-sitting all the verbal commit-for-next-year kids. Wonder how that’s going?

• And, UK’s athletic department issued a press release: First open practice opportunity for men’s and women’s basketball teams is Friday, October 18 at 7:30 p.m. Television broadcast information will be released at a later date.

NEWS. Southern Cal coach Lane Kiffin was fired in the middle of the night last Saturday. In the Trojans’ 2010 media guide it was written: “To the recruits and parents we’ve talked to, USC (has) hired Vince Lombardi.”

VIEW. Wait for it, a Lane Kiffin story of rise-and-falland redemption coming to you via Sports Illustrated in, say 2015.

VIEW. Curious, some media rush to report this as news, but none goes after the rest of this noneof our-business part about Cousins’ pay hike. What will 23-year-old Cousins do with $62 million?

Responding to my favorite team, the Pittsburgh Pirates, clinching a playoff birth last week a reader e-mailed a question. “Finally, the Pirates make the playoffs after 21 years. I guess Pittsburgh area native John Calipari and you will be going to the Pirates’ post-season play together, right?”

Then came a note from a Cincinnati Reds fan. “Finally found something you and John Calipari agree on. Is it okay if I join you and Calipari when you go to post-season play … even if I pull for a different team?”