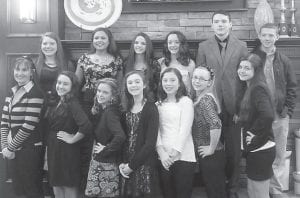 The Whitesburg team won the KHSSL Appalachian Regional Runner-Up Award because of its combined scores.

All members of the team advanced to state competition held at the University of Kentucky on March 27 and 28. At this competition, three of the WMS team members advanced to the semi-finals (top 16 in the state). Jessica Boggs was ranked seventh in the state in Original Oratory, Sheldon Tolliver advanced for the second year in Extemporaneous Speaking, and Natalie Adams competed in Impromptu Speaking.