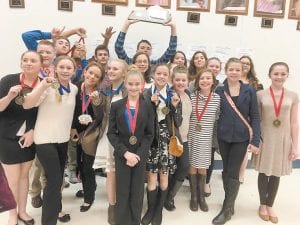 The events and medal winners are:

All members of the WMS team now advance to state competition in Lexington March 25-26. In seven years, the team has won four regional titles and two regional runner-up titles.