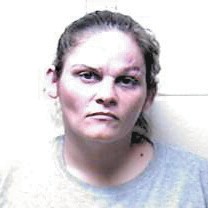 A Whitesburg woman has been named in an indictment charging her with second-degree manslaughter and operating a motor vehicle under the influence of drugs.

An indictment naming Shelia Renae Collins, 35, of 7035 Campbranch, was unsealed April 17 after she was arrested.

Collins was driving a 2004 Ford Mustang southbound on KY 7 near Colson at 7:35 p.m. last Nov. 15 when she lost control of the car, according to Kentucky State Police. The car went over an embankment and ruptured a natural gas line. There was no fire, but rescue workers had to use extreme caution.

A passenger in the Mustang, Pamela Jo Walker, 28, of Frankfort, was pronounced dead at the scene by Letcher County Coroner Marty Baker after suffering head trauma.

Letcher County Commonwealth’s Attorney Edison Banks said waiting for toxicology results is the reason the indictment was returned more than five months after the wreck.

Collins remains in the Letcher County Jail and bond is set at $10,000 cash. Arraignment is set for 9 a.m. on May 2 in Letcher District Court.