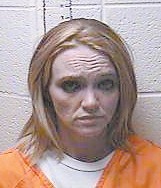 A Jenkins man and woman have been indicted on charges of complicity to murder in connection with the shooting death last month of a man visiting from Atlanta.

The charges against 29-year-old Angela Renae Mays, 29, of 936 Premier Subdivision, and 37-year-old Tom Edward Blair, of 159 No. 3 Hill, Goodwater Falls, are contained in indictments unsealed last week. The two are accused of helping Alfred White murder 39-year-old Walter Johnson Jr. inside the double-wide mobile home where Mays was living.

White, 43, of Jonesboro, Ga., was charged with murder shortly after the March 24 shooting, and was indicted last week on a charge of complicity to murder. Indictments also charge White, Mays and Blair complicity to first-degree robbery and complicity to tampering with physical evidence.

Mays is the person who called police to report what she said was the accidental shooting of White in the home she was sharing with David Wyatt, who was present at the time of the shooting but has not been charged. 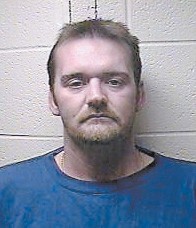 Johnson, Mays and Blair had been seated at a kitchen table pushed up against a window when the shooting took place. Johnson was positioned across from the window with his back to the living room, from where White allegedly emerged to shoot him in the back with a 9 mm handgun.

A source familiar with the case said Mays distracted Johnson by showing him pictures her child had drawn. Mays and Blair told KSP Det. Randy Combs they looked up and saw White standing behind Johnson with a handgun shortly before they heard the shot. Johnson was shot once in his back near his spine and rib area. Mays and Blair told police they were surprised to hear the gunshot.

Combs testified during White’s preliminary hearing that Mays and Blair were told by White to provide false information to police and give White enough time to flee the crime scene before police arrived. Combs also testified that Blair also made a statement that White had mentioned killing Johnson earlier on the day the shooting occurred.

“Mr. Alfred White made a statement up to a week earlier that he was going to shoot him for the purpose of drugs and money,” Combs said during the hearing.

Combs said Johnson and White were in Jenkins “for the purpose of distributing and selling crack cocaine.” He said Johnson was said to have had “a substantial amount of cash” ranging from $7,000 to $8,000 on him at one time, but neither a large amount of money or drugs were recovered.

White and Johnson were friends who traveled together and had spent the previous night in the home. Combs said White and Johnson had an argument earlier that morning, but said the argument wasn’t going on at the exact time of the shooting.

Police found a 9- millimeter handgun hidden under clothing in one of the bedrooms of the trailer. Combs testified that Blair said he saw White bury the gun outside the residence in leaves, remove it and then place it in another location.

White and Blair are also indicted on a charge of possession of a handgun by a convicted felon.

Blair, Mays and White are being held without bond in the Letcher County Jail, where Mays was charged with promoting contraband on April 16 after a deputy jailer conducted a jail search and found a silver Bic lighter in her possession. According a uniform citation, Mays admitted to “bringing (the lighter) into the cell inside her body cavity.”

“Anything would help, because we’re drowning in it up here in eastern Kentucky,” Webb said, adding that he is skeptical any government plan will ultimately work. “I don’t know if there’s ever going to be a winning to this war on drugs.”

When used properly, oxycodone and similar medications help people deal with chronic pain by slowly releasing key ingredients over many hours. Abusers crush the pills and sniff or inject them, resulting in a euphoric heroin-like high.

Renee Doyle, a Fort Lauderdale mother whose son Blayne was in an oxycodone haze when he was struck and killed by a car in 2009, said he was able to get 240 pills on each monthly visit to a local pain clinic by doing little more than asking for them.

“I think people were just not paying attention and then greed took over,” she said. “They are legal drug dealers and they should be outlawed.”

There are plenty of legitimate pain clinics. Those that cross the line dispense hundreds of pills per patient based on questionable diagnoses — or none at all. They often accept only cash and direct people to get prescriptions filled at specific pharmacies sometimes owned by the same operators.

Although the DEA and local police recently arrested more than 20 people, including five doctors, in a crackdown on South Florida pill mills, Kerlikowske said it’s not strictly a law enforcement issue.

“It’s a real collaboration. It’s not just a prosecutor and DEA. It isn’t just the medical profession. It’s everybody,” he said.

The strategy announced by Kerlikowske’s office calls for additional training on responsible prescription practices for the more than 1 million doctors authorized to prescribe certain controlled substances. Such a change would require congressional approval.

“There has been a flood of new medicines and many of the physicians out there weren’t trained in using them, so there’s a big gap in understanding how to manage these drugs,” said Dr. Janet Woodcock, who directs the agency’s Center for Drug Evaluation and Research.

Another element of the strategy is a national education campaign featuring ads like the famous frying-egg “this is your brain on drugs” ad used in past anti-drug efforts. Key to that is making sure parents keep prescription drugs out of the hands of their children, who are now abusing them more than any illegal drug except marijuana. Drug companies will be asked to contribute money to the effort.

The plan also calls for continued aggressive law enforcement efforts and better training, as well as modest increases of $123 million for drug prevention and $99 million more for treatment programs.

In Florida, Miami DEA chief Mark R. Trouville said he expects some physicians to be indicted based on a recent undercover probe involving 340 pill purchases.

“We’re trying to make a statement that if you think you’re sliding by in a gray area, you’re not, and we’re coming,” Trouville said.

The plan also calls for all 50 states to adopt prescription drug monitoring programs to track what physicians are prescribing and what pharmacies are dispensing. Currently, 35 states have such programs up and running. They are authorized but not yet operational in eight more states, including Florida.

Kentucky Attorney General Jack Conway said every state needs to track drug purchases, adding that Florida accounts for 60 percent of the black-market painkillers in his state.

“When one state doesn’t have it, it can have terrible ramifications for other states,” Conway said.

Many experts and law enforcement officials say the lack of a Florida database is a key reason so many painkillers are prescribed in the state, which is home to more than 850 registered pain clinics.

Florida Gov. Rick Scott, a conservative Republican elected last year on a pro-business platform, initially objected to the database as an invasion of privacy and vowed to kill it. But an increasing number of lawmakers, along with Republican state Attorney General Pam Bondi and governors from other states, have lined up to support the tracking system and it now appears safe.

The medical director of Covidien, which makes some of the drugs the federal effort targets, expressed support for the government’s strategy. Dr. Herb Neuman said an alliance of medical and patient safety groups has been working to educate patients and help physicians with responsible prescription methods.