Woman was on way to church 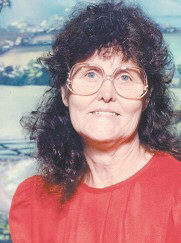 A road made slick by rain is being blamed for an accident at Mayking last week which caused the death of a 73-year-old Craft’s Colly woman who was driving to church.

Kentucky State Police said Ada S. Maloney was driving a 1994 Mercury Tracer north on U.S. 119 around 5:43 p.m., on June 4 when she came upon a line of traffic stopped near the entrance to Gose Hollow. Maloney, who was on her way to church, attempted to stop her vehicle on the wet road and slid into the southbound lane, colliding head-on with a 2005 Chrysler Pacifica being driven by Jason Adams.

Maloney was pronounced dead at the scene by Letcher County Deputy Coroner Robbie Campbell. She had been wearing her seat belt.

Maloney was a daughter of the late Albert and Hattie Slone Sexton. She enjoyed going to church and singing.

Maloney was the widow of Raymond Maloney. She was also preceded in death by a daughter, Lou Ella Potter, and a sister, Velma Glee Combs.

Funeral services were held June 7 at the Haymond Free Pentecostal Church. Burial was in Green Acres Cemetery at Ermine.