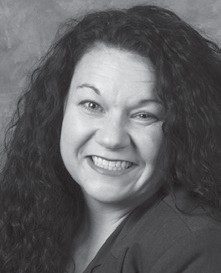 Now that more than a year has passed since COVID-19 arrived in the commonwealth, we’re starting to get a much clearer picture of the impact the pandemic has had on our economy. Some findings show that the devastation is not as bad as initially feared, while others point to problems that could hold us back for decades if we don’t respond quickly.

It doesn’t take an economist to tell us that those first weeks were unprecedented in both their speed and scope, but the economic data is nonetheless startling. Between January and April 2020, Kentucky lost more than 325,000 jobs, which was nearly 17 percent of our nonfarm workforce. Compare that four-month period with the 26 worst months of the Great Recession, when Kentucky’s job market dropped by 104,000 jobs, a 6.4 percent decline.

To put it another way, COVID 19 took more than three times as many jobs in just a sixth of the time.

Our economy last year did rebound much more quickly, which is good news, but the Kentucky Center for Economic Policy says we are still 86,000 jobs below where we were 13 months ago.

On the positive side, our current unemployment rate is five percent, which is a full point below the national average and 22nd best the states. However, our laborparticipation rate, a more comprehensive look at all working-age citizens, is nowhere close to what it was less than a decade ago, and it will likely take years just to get back to where we were at the start of 2020.

Part of that drop is because women are bearing the brunt of the pandemic in ways never before seen. A December report by the Kentucky Center for Statistics showed that, in June, women made up more than half of all unemployed workers for the first time in more two decades. When that gender flip happened during the summer of 1998, it only occurred over two separate weeks; in 2020, it lasted for months.

Women were heavily affected in part because they hold 53 percent of the jobs in the leisure and hospitality industry, which was hit hardest by COVID restrictions.

Childcare, however, was another driving factor. In late October/ early November, a U.S. Census survey reported that 100,000 Kentucky women said taking care of their children was the reason they had stopped working. That amount exceeded the combined total of women who said they were unemployed because they feared becoming ill, they were actually sick, or their employer had temporarily closed.

Another report by the Center found that most Kentuckians work in jobs considered critical by U.S. Department of Homeland Security. Almost three-quarters of our workforce are employed in these 16 broad categories, which range from energy production and emergency services to healthcare, public transportation and food/ agriculture. Only two states have a higher percentage of these types of workers.

As difficult as it was economically, there was one very welcome piece of good news to come out of 2020: Kentucky continued to be among the top states in the nation when measuring the number of large corporate announcements.

We came in third nationally last year on a per capita basis and seventh overall, according to Site Selection magazine, and we’ve been in the top 10 for years.

To qualify, an announced project has to meet at least one of three criteria: a capital investment of at least $1 million; the addition of 20,000 or more square feet of space; and the creation of 20 or more jobs.

The magazine counted 152 of those projects in Kentucky last year, and no state with five million or fewer people had more. Louisville, Northern Kentucky/ Cincinnati, Lexington, Bowling Green and Richmond all landed in the top 10 nationally in their population categories.

From state government’s perspective, the best sign that the economy is improving is that overall revenues are easily beating projections. The most recent numbers from the Office of State Budget Director showed they were up almost 6 percent with just a fourth of the current fiscal year remaining. That growth is four times higher than needed to meet budget projections, meaning we are on pace for a surplus.

As a state, we’re certainly not back to where we want to be and we still face some serious long-term concerns that will take bold action to address, but for the first time in a long time, I am hopeful about the future as our economy continues to re-open, vaccinations increase and we begin to put billions of dollars of federal stimulus dollars to work. A year from now, I’m confident the statistics I’ve cited will only improve.