Wood Brothers Racing traces its roots back to 1950 when Glen Wood started his own race team in Stuart, Va., making it the oldest active operation in the Sprint Cup Series.

During the seven decades of competing at NASCAR’s highest level, the Wood Brothers have established themselves as one of the most successful teams in the history of the sport, posting 98 wins and 117 poles in Cup-level racing.

The drivers that have driven for the Wood Brothers through the years sounds like a who’s who in the sport. Curtis Turner, Junior Johnson, A.J. Foyt, Cale Yarborough, Bill Elliott and David Pearson have all been behind the wheel of a Wood Brothers car.

In recent years while the rest of the teams in the sport moved toward becoming larger multi-team operations, the Wood Brothers remained a one-car team. It was tough not only competing against the larger teams; it also became increasingly difficult to attract the kind of sponsorship dollars that would allow the team to remain competitive. 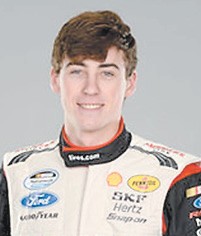 The team is still a one car-operation, but for several years now it has only competed on a part time basis in the series. Even though the team now competes part time, it still is one of the most respected teams up and down pit road and can be competitive on race day. Trevor Bayne proved in 2010 that the Wood Brothers can still find their way to victory lane as he won the season opening Daytona 500. The victory gave the Wood Brothers the distinction of being the only team to have posted at least one win in the last seven decades.

Bayne has been with the Wood Brothers since that Daytona win, but it was recently announced that he would be leaving at the end of the season to drive for Roush-Fenway Racing next season. The Wood Brothers and Roush-Fenway have had an alliance in recent years as both operations are part of the Ford stable of teams. With that alliance ending this season, the Wood Brothers announced that it would be forming a new technical alliance with Team Penske beginning with the 2015 season. The team has also turned to Team Penske to find a driver to replace Bayne for next season.

That driver is Ryan Blaney, who has been a Team Penske Racing development driver since the 2012 season. He has been named to take over the part time schedule of the Wood Brothers next season that includes at least 12 Cup races. In addition to his Cup races for the Wood Brothers he will also compete in the Nationwide Series for Penske.

The Wood Brothers should really benefit from its new alliance, as Penske has surpassed Roush-Fenway as Ford’s premier operation. Roush-Fenway has struggled both on and off the track this season. Carl Edwards is the only one of its three drivers to post a win and he has already announced that he will not be coming back in 2015.

Penske drivers Brad Keselowski and Joey Logano are both in this year’s Chase and both have consistently run up front competing for the win at every stop on the schedule. The Woods will now benefit from their success. The technical alliance between the two operations includes the sharing of setups for the entire race weekend including practice, qualifying and on race day.

With the Wood Brothers’ plans for next season now set, the next driver and team to announce their plans for 2015 could be Carl Edwards and Joe Gibbs Racing. By the time you read this, JGR most likely will have already announced the signing of Edwards to pilot their new fourth team.