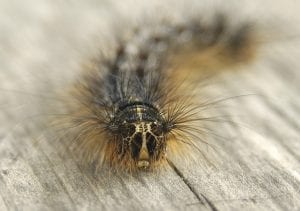 WOOLLY WORMS OF MANY COLORS have made this coming winter’s weather harder to predict than normal. However, columnist Ike Adams says the worms see a relatively warm winter, but with more snow.

Early last Friday afternoon I decided to take a two-mile walk from my house, figuring the exercise would do me good and that I probably wouldn’t get lost along the way.

I also figured I might run into some members of the National Asis sociation of Woolly Worm Winter Weather Watchers (NAWWWWW) along the way.

News reporters have been hounding me about the NAWWWWW forecast for the winter of 2013-14 since before Labor Day. I’ve actually done interviews with The Courier-Journal of Louisville, The Paducah Sun, The Associated Press and a television station in Indianapolis.

But I’ve been hedging my bets with the big city press because something is going on with NAWWWWW that I’m not sure I understand. In the first place, the Woollies did start crawling across the road several weeks earlier than normal this year. In the second place, there absolutely no consistency in what they have to say about the coming weather.

I started regularly encountering members of NAWWWW on evening walks as early as late August. At first I attributed this untimely behavior to the fact that we’ve had more cool nights this summer than I can ever remember during what is supposed to be the hottest time of the year. I also figured they might have been flooded out of the rock walls, abandoned barns and sheds and other places where they stay cool and hidden during summertime.

Nearly half the early-stirring guys were jet black, and that’s generally a bad sign. On the other hand, I’ve seen significant numbers that are totally brown or tan. Many others are black on both ends and brown in the middle. Some are black with many tan spots and some are tan with black spots.

I’d heard of solid white woolly worms before but never actually seen one. Already this year I’ve seen four that I have examined closely enough to be convinced that they are albinos of the same species as their brethren, and that has to be a sign of something.

Anyway, during my walk to the Friends of Paint Lick Building, I stopped to chat with several members of NAWWWWW who were also out enjoying the perfect fall weather. I even put one in my shirt pocket to show the ladies. But I forgot him until after we’d enjoyed a late lunch of perfect soup.

Wife Lo had made a batch of soup for “Village Fest” and so had Linda Caldwell. One of them put hers in the other’s pot and stirred them up together. The women do this pretty regularly. I call it double soup. Sometimes it’s even triple soup when the mix three pots together.

When I finally remembered and started to take the NAWWWWW rep out of my pocket, he was gone. I wasn’t about to suggest that he might have fallen into the soup.

Saturday afternoon as Village Fest was winding down at the Friends of Paint Lick Building, Morgan Taylor found the woolly worm crawling around the front porch foundation. Young adult Morgan is the greatgranddaughter of Friends’ founder the late Dean Cornett, which means she is just naturally curious about stuff and old enough to be skeptical.

But I still showed her that if this guy was correct, NAWWWWW is saying that central and southeastern Kentucky is going to have a relatively mild winter, temperature-wise, but still more snow than we’ve had in 10 years. So I figure that’s as good a guess as any.

When I asked him about his white cousins I’d seen, he informed me that didn’t mean anything. Seems the white woollies had recently escaped from Wind Gap, Pennsylvania, where a local diner breeds them to use as the secret ingredient in the scrapple they serve for breakfast.

Columnist Ike Adams was raised on Blair Branch at Jeremiah. He now lives at Paint Lick in Gerrard County.