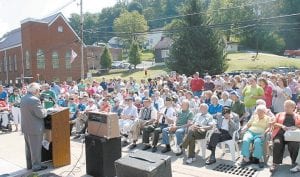 Jenkins Mayor G.C. Kincer addressed a large crowd which filled the city’s Main Street on Saturday for the unveiling of a monument to honor World War II veterans from Jenkins, Dunham and Burdine. The monument was designed by Richardson Associates Architects of Whitesburg and built by Blair Construction. (All photos by Chuck Johnson, except photo at middle right courtesy of Richardson Associates.) 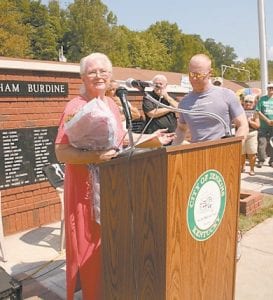 Mary Ann Mullins spoke to the crowd at the unveiling for the World War II Veterans Memorial in Jenkins after being presented with a bouquet of flowers in honor of her work in spearheading the effort to get the monument designed and built. 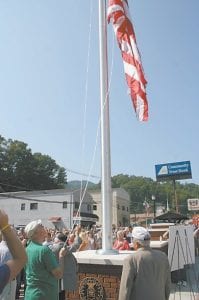 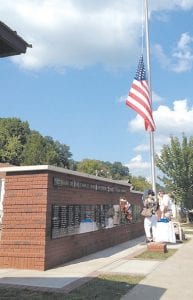 Visitors read the names on the monument while the flag remained at half-staff in honor of late veterans. 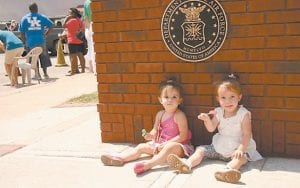 Cousins Lily McDaniel and Aaliyah Abdoo found a quiet spot beside the end of the monument after their great-grandfather Herbert Ray Short, a World War II vet, took part in the unveiling ceremonies.