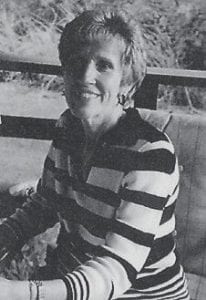 A 59-year-old Ermine woman died last week after a two-vehicle collision on U.S. Highway 119 near Mayking.

Linda G. Ison – a mother, grandmother, and greatgrandmother – was pronounced dead at the scene by the Letcher County Coroner’s office after the vehicle she was driving south crossed into the northbound lane and hit a van operated by Lana Mullins of Bottom Fork, Kentucky State Police said.

Mrs. Ison was driving toward Whitesburg with her mother, Lavennna Welch, when the accident occurred on the afternoon of September 12. Mrs. Welch, the only passenger in Mrs. Ison’s vehicle, was airlifted to Holston Valley Medical Center in Kingsport.

Ms. Mullins, who directs the Letcher County Health Department, was treated for injuries at the Whitesburg hospital and later released. Ms. Mullins told authorities she saw Mrs. Ison’s vehicle crossing into her lane and tried to avoid the collision.

Police say seatbelts were in use by all three involved in the mishap.

The Kentucky State Police, Fleming-Neon EMS, and the Whitesburg Fire Department responded to the scene.

The accident, which occurred near the former site of the Green Thumb Nursery, continues to be investigated by KSP Trooper Derek Hall.

Funeral services for Mrs. Ison were held September 15 at Letcher Funeral Home in Whitesburg. Burial was in Green Acres Cemetery at Ermine.

Mrs. Ison was the wife of Kirby Ison Jr., and a daughter of R.H. Jr. and Lavenna Webb Welch of Neon.