Wreck is fatal to Fugate, 35 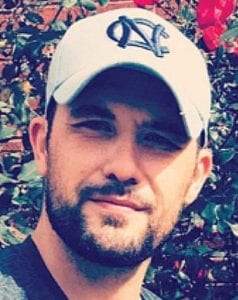 Funeral services were held March 23 for Michael Terrance Gene Fugate, 35, of Jenkins, who died March 21 in a car crash in Whitesburg.

The preliminary investigation showed Fugate died about 6:59 a.m. when his 1994 Chevy Beretta crossed the centerline and collided head on with a 2012 Toyota Camry near the Stone Avenue intersection, KSP Post 13 spokesman Trooper Jody Sims said.

The driver of the Camry, Cecilia Swiney, 50, of Jeremiah, was airlifted to Holston Valley Medical Center in Kingsport, Tenn., with serious leg injuries. Her sister Angela Slone, 48, of Isom, was a passenger in the car, but her condition was not known. She was taken to Whitesburg ARH Hospital, Sims said.

Mr. Fugate enjoyed the outdoors, often fishing for bass with his cousin, Ryan Fugate. He enjoyed playing music, with the drums being his favorite instrument. Known for his willingness to provide a helping hand to others, he always had a smile and a kind word to offer. He loved his family, especially his grandparents and new baby son. He was an avid fan of drag racing and that sport’s legend, “Big Daddy” Don Garlits, and followed the North Carolina Tar Heels basketball team.