Wreck kills one driver, leaves the other in critical condition 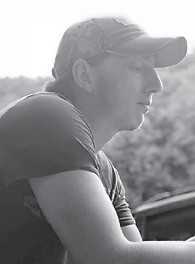 Funeral services were held June 29 for a 25-yearold Cornettsville man killed in a two-vehicle collision at Redstar.

A Whitesburg man was in critical condition after the collision last Wednesday evening, about four miles south of Blackey.

Police said Cole was driving south toward the Perry County line, and Holbrook, 52, of Whitesburg, was driving north toward Blackey.

Cole died at the scene of the accident. Holbrook was airlifted to Pikeville Medical Center and then transferred to the University of Kentucky Albert B. Chandler Medical Center in critical condition.

An autopsy was not performed, but blood samples were collected from both drivers for toxicology tests. Results are pending.

Cole was a son of Linda Smith Cole of Cornettsville and the late Dan Cole.

He was preceded in death by two brothers, Christopher Cole and Daniel Cole; a sister, Kim Adams; and his grandmother, Lonnie Reams.