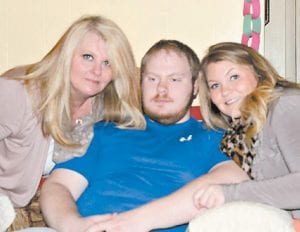 We have had a wonderful week full of Christmas surprises and celebrations here at the rec center and Letcher County Senior Citizens. One of our most valued Rook players, Iona Noble, had been gone for almost two months to visit her children for Thanksgiving and Christmas. She’s finally home and it’s so good to hear her voice once again in those very competitive Rook games. I’m sure her sister, who is also a member of the Senior Citizens, Vernetta Roark, and also her daughters are happy to have her back in Kentucky. She first went to Ohio and then all the way to Texas. She said she had a wonderful time, but she surely is happy to be home again.

Wednesday, the seniors traveled to Lexington to do some Christmas shopping and see the lights. They all said they had a great time. Thanks to our latest fundraisers they are able to take these trips now and not have to buy the gas for the bus.

Thursday, we had a great surprise! A representative from United Health Care stopped by to play the Chinese Christmas Gift Exchange with the seniors. I had to show them how you are supposed to be mean by taking a gift from Pat Miles. Then she ended up taking it back from me. After that the most wanted ornament was one that was UK blue. It got passed around so many times and I can’t even remember who ended up with it. 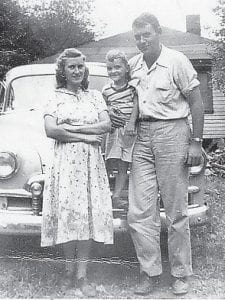 Dawes and Evelyn Yonts with their oldest son George Yonts

I’ve noticed there are lots of people coming to play corn hole with the seniors. So, if you enjoy a good game of Rook or corn hole, but can’t participate in the Letcher County Senior Citizen program just come on down to the rec center and get in on some of these games. We are here most weekdays from 8 a.m. to 12 p.m., sometimes later than that.

One of our very own Campbranch girls has made history. Angie Hatton, granddaughter of Oma Hatton, was voted in to the leadership team of the General Assembly. This is the first team featuring two women. I know her parents Billy and Sandra Cook Hatton are very proud of her. Her grandmother Oma Hatton would have been telling everybody all about it, too. I think Angie has her grandmother’s compassion for the people. 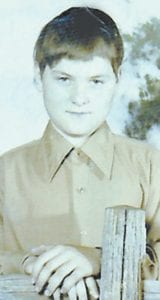 Another wonderful thing that happened this week, Saturday morning the 21st West Whitesburg Elementary’s cheer team competed in Lexington for the state championship and came away with first place. Their coach, Megan Hall, also received the Coach of the Year award. My sister Charlene’s granddaughter, Chesnee Mason, is on the team. Charlene said she was so upset after they performed. She didn’t think they would win.

I have a few birthdays I want to mention. The first one is Maranda Webb. This lady is one of a kind, that’s for sure. She is one of the physical trainers that work out of the Letcher County Recreational Center and is also a trainer that works with the employees and their families of MCHC. There are so many people that depend on her for their exercise and health questions. We all love and depend on her for so much. Her birthday was December 20. 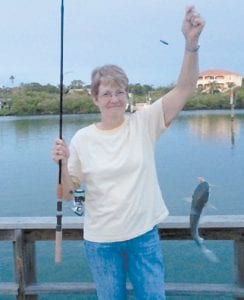 One other birthday was my beautiful first cousin, Helen Sue Adams Hall, on the 20th. I always called her Suedy. She looked more like her mommy, Margie Pennington Adams, than any of the other children.

I was listening to the radio the other morning on my way to Whitesburg and the song, “Christmas Times A’Comin’” came on. It immediately took me back to the house we lived in up in Cane Hollow. One school morning us five kids were sitting at the table eating breakfast. Back then we ate breakfast before we left the house for school. Not cereal or Pop Tarts either. We had biscuits made from scratch, eggs, some kind of hog meat from our own killed hog. 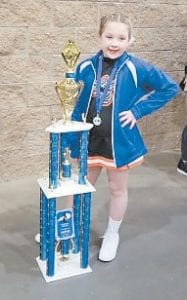 Anyway, we always had the radio on as we were getting ready for school and Bill Monroe and his Bluegrass Boys came on singing “Christmas Times A’Comin’”. Mommy automatically started clapping her hands, stomping her feet and singing to the top of her lungs. I looked it up on YouTube and played it for her on the computer Monday evening and she sang along with it once again at the top of her lungs.

One of my first cousins passed away Friday the 20th. She was the oldest daughter of Mommy’s sister Mazie Pennington Adams. Her name was Brenda Carol Adams Hensley. She had lung cancer. Remember her brothers and sisters, husband, and all her children and grandchildren. Please, also remember all those that are grieving during this Christmas season, especially our pastor, Bill Jones, and his wife Sandy.

Don’t forget church this Sunday and Sunday night. Oma would love knowing all her readers were listening to her plea she ended her part in this paper with every week.