Yellow seen as a bright spot for ’09 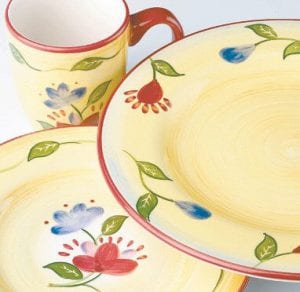 Enough gloom and doom: There’s a prediction from a leading color source that cheerful and sunny yellow will be the influential color of 2009.

Pantone, which provides color standards to design industries, specifically cites mimosa, a vibrant shade of yellow illustrated by the flowers of some mimosa trees as well as the brunch-favorite cocktail, as its top shade of the new year. In general, Pantone expects the public to embrace many tones of optimistic yellow.

“I think it’s just the most wonderful symbolic color of the future,” says Leatrice Eiseman, executive director of the Pantone Color Institute. “It’s invariably connected to warmth, sunshine and cheer — all the good things we’re in dire need of right now.”

In the spring fashion collections previewed earlier in the fall for retailers and editors, yellow brightened the runways of Carolina Herrera — who called her favorite shade marigold — Badgley Mischka, Zac Posen and Michael Kors, among others. Kors even included a retro yellow polka-dot bikini that clearly harkened back to a more upbeat time.

Yellow can be tricky to wear. It’s best as a pop — either a shoe, handbag or T-shirt — rather than an all-over outfit color, advise stylists Jesse Garza and Joe Lupo. But the right shade of yellow for your skin tone can make your whole look come to life.

“People want to wear color to bring a smile to their face,” says Garza, who co-wrote with Lupo the new book “Life in Color: The Visual Therapy Guide to the Perfect Palette — for Fashion, Beauty and You” (Chronicle Books).

The fashion world first embraced orange a few years ago and that has evolved into yellow, which had already been gaining popularity in the home market, too.

Home-goods companies based in Paris and Milan, Italy, have already been heavily influenced by yellow, says Tom Mirabile, vice president of global trends and design at Lifetime Brands, Inc., whose portfolio includes Cuisinart, Farberware and Pfaltzgraff.

It helps that it looks good in florals and has a close association with nature, a driving force in the marketplace right now, and it complements current favorites green and purple. A purpletinged blue called blue iris was Pantone’s pick as the top color for this year.

Flashes of yellow appear in kitchens, bathrooms and dining rooms, and it’s moving into living room. The color nicely straddles traditional — think of a Williamsburg-style formal dining room — and modern, such as a single statement wall in a cool downtown Manhattan loft.

This particular shade of mimosa should fare best in the kitchen, both in appliances and soft goods, but more mustardy colors will likely be more popular elsewhere in the house, says Mirabile.