Young author will have book signings 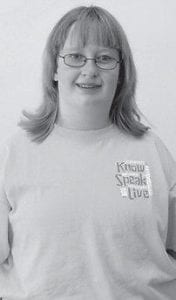 Grayson Shamarra Holbrook, 13, of Colson has written three children’s books about a character she created named Plate Head. She wrote her first book when she was six years old. “She loves to read so she wrote stories so other children could read them,” said Shirley Sexton, Grayson’s grandmother.