Your health to be discussed Thursday 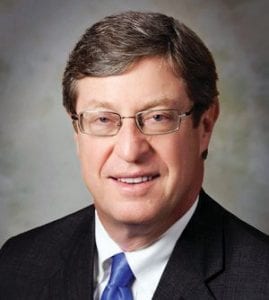 Ben Chandler, president and CEO of the foundation, said the forum will hear local concerns about health, including cancer rates, smoking, and other issues.

Kentucky has the highest rate of cancer in the nation and the second highest rate of smoking and it’s costing Kentuckians in health care dollars, quality of life and the economy, a foundation dedicated to improving health in the state says.

The Foundation for a Healthy Kentucky will begin a conversation with Letcher County residents this week about those subjects and others at a community health forum and workshop in Whitesburg. It is the second such forum the organization has held in the state, and more will follow in other counties.

Ben Chandler, president and CEO of the foundation, said the forum will hear local concerns about health, including cancer rates, smoking, and other health issues, and inform local residents about health and health care.

“ The cancer rate is through the roof,” Chandler said last week on an advance trip to Whitesburg. “Kentucky leads the nation in the number of cases of cancer, and it’s highest in eastern Kentucky.”

Chandler said about a third of those cancer cases can be directly linked to smoking. The other two thirds are from various causes, including unknown factors.

Chandler said only two school districts in the state — Breathitt County and Pikeville Independent — have tobacco-free campuses, and even though Letcher County’s ban on smoking in public buildings is one of the better ones in eastern Kentucky, it still isn’t comprehensive.

“Private offices have to be included, because if they’re not, the employees who work there are still exposed to second-hand smoke,” Chandler said.

He said there is also a problem with state law, which prevents employers from considering job applicants and employees’ smoking habits when making hiring and other decisions.

“That basically makes smokers a protected class in Kentucky, and we think it ought to be just the opposite,” Chandler said. “(Smoking) costs us $1.92 billion a year, and that’s just in health care costs. That doesn’t include lost productivity.”

The meeting tomorrow (Thursday) will include a discussion of the waiver sought by Governor Matt Bevin that would end the Medicaid expansion program in Kentucky, which was started by former Gov. Steve Bashear under the federal Affordable Care Act (Obamacare).

Chandler said the program serves about 500,000 Kentuckians, and many are expected to lose coverage if the courts approve the waiver. A US District Judge in Washington DC has blocked the changes for now, but President Donald Trump and the Department of Justice have appealed. The DC Circuit Court of Appeals granted a request by the Trump administration in April to expedite consideration of the case.

Work requirements and premium requirements in the proposed waiver have caused confusion about who will still be eligible for the expansion and who won’t. The foundation has reached an agreement with the governor’s office for it to provide the foundation with a list of people who will be affected by the proposal, and the foundation will attempt to educate people about what they need to do to continue to qualify under the changes.

“That confusion, we’re afraid, is what is going to cause people to lose their coverage,” Chandler said.

The meeting tomorrow (Thursday) begins at 11:30 a.m. in the CANE Kitchen in the old Whitesburg High School building. Persons wanting to attend must preregister by visiting https:// bit.ly?KbHELo on the web.