Zika virus is coming for sure; so what do we do after that? 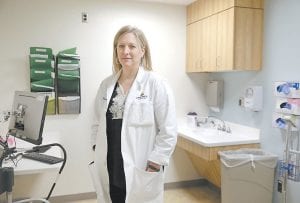 Dr. Jeanne Sheffield, a Johns Hopkins University obstetrician who has advised the Centers for Disease Control and Prevention on Zika-related pregnancy issues, is seen at Johns Hopkins Hospital in Baltimore. (AP Photo)

Fearful they might bear children who suffer from brain-damaging birth defects caused by Zika, more women are expected to look for ways to prevent or end pregnancies. But the highest risk of Zika spreading is in Southern states where long-lasting birth control and abortions are harder to procure, and where a mosquito that transmits the virus already is plentiful.

“I think it’s really important, facing this potential for Zika transmission in the U.S., to be thoughtful and prepared to have straightforward conversations about reproductive health services,” said Dr. Christine Curry, a University of Miami obstetrician who has been treating women concerned about Zika infection.

The issues already have been raised in Latin America, epicenter of the Zika epidemic and home to numerous countries where abortion is illegal.

Zika is mainly spread by Aedes aegypti mosquitoes, but that kind of transmission has not yet been seen in the U.S. mainland. Most of the 472 reported infections in the 50 states have been seen in people who traveled to — and were infected in — Zika outbreak countries. Mosquitoes have already been spreading the virus in Puerto Rico and two other subtropical U.S. territories.

Experts think that will happen elsewhere in the U.S. in the months ahead, when hot weather hits and mosquito populations boom.

They don’t expect Zika to sweep the U.S. mainland the way it spread through some Latin American and Caribbean countries. A colder climate limits the range of Aedes aegypti, and the greater use of air conditioning and window screens will probably lessen its impact even in the Southern states where transmission is most likely.

The betting money is on clusters of cases limited to a few states — most likely Florida, Texas or Hawaii.

And it’s not yet clear what percentage of cases of Zika infection during pregnancy will result in death or severe damage for the fetus.

“That’s one of the most important questions for us to answer” right now, said the CDC’s Dr. Anne Schuchat at a White House briefing last month.

A couple of small, early