Kentucky State Police have identified 22 locations in Letcher County where periodic traffic safety checkpoints may be held in the coming weeks and months. Officials with KSP Post 13 in Hazard announced this week that the safety checkpoints will also be conducted in the other four counties in its coverage area — Knott, Perry, Breathitt and Leslie Counties. They say […]

As long as Letcher County is in the red category for COVID-19, students in the Jenkins School System will continue to take classes virtually through the Internet. Superintendent Damian Johnson made the announcement at a rare Saturday school board meeting on January 2. Johnson told the board the Jenkins System will follow guidelines put in place by Governor Andy Beshear […] 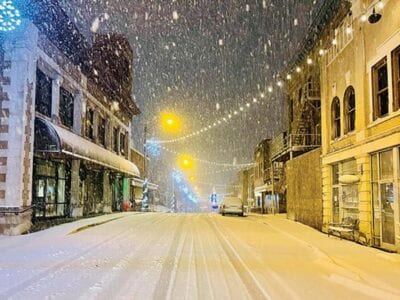 Whitesburg’s Main Street looked postcard-perfect when this photo was taken Christmas Eve. While many residents were happy to wake up to a white Christmas, others were disappointed to find they had no electrical service because of downed power lines. While electricity was restored quickly to many Letcher County homes, 224 houses were still without power Saturday. Most were back online […] 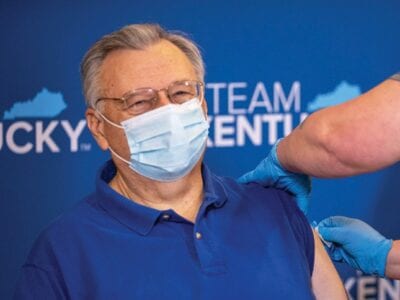 COVID-19 cases have surged by 115 and at least six new deaths since last week in Letcher County. State figures show a total of four deaths here, up from three last week, however long-term-care statistics show six deaths at Letcher Manor nursing home alone. Sources say at least seven people have died here this week from the virus. The epidemiologist […]

Police say they are still searching for a Linefork man wanted for the murder of a man missing from Cumberland for eight months. Derrick Logan Polly, 30, is one of four people that Cumberland Police have said were involved in the murder of Wilmer Jose Perez, 21, who has been missing since he left work at Sazon Mexican Restaurant in […] 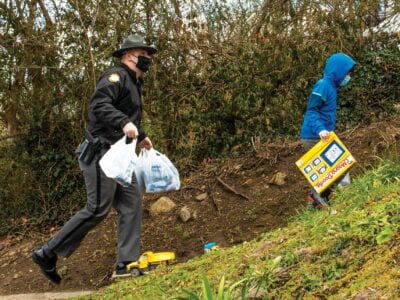 Pandemic alters, but doesn’t stop Shop With A Cop

Kentucky State Police pushed forward this year with its annual Shop With A Trooper campaign despite changes in the process caused by the COVID-19 pandemic. On Tuesday, troopers and other personnel from KSP Post 13 in Hazard met at Whitesburg Walmart to shop for local children, working to fulfill their Christmas wishlists. Toys, clothing and other items were then delivered […]

Property values up in county despite slump in coal industry

Property taxes higher this year? Here are reasons why is happened

Total property values in Letcher County have gone up despite the loss of the coal industry, due in part to strong real estate sales and an increase in the value of oil and gas rights, according to information from the county Property Valuation Administrator’s office. That could have the effect of lowering tax rates in the county if prices continue […]

The Letcher County Fiscal Court voted unanimously this week to adopt a resolution asking the Kentucky General Assembly to implement a small hike in gas taxes to increase road funds available to local governments. At its December meeting, Judge/ Executive Terry Adams said the roads are in bad shape throughout the county and at present state funding is not adequate […]

A Neon florist and one-time candidate for magistrate charged with first-degree sexual abuse of a child less than 12 years old has pleaded guilty to reduced charges of harassment and will serve no time in prison. Emory Lee “Fudge” Mullins, who also faced charges of two counts of retaliating against a participant in a legal proceeding, will instead spend two […] 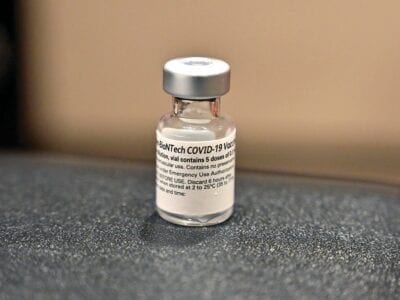 The first COVID-19 vaccine doses arrived at Pikeville Medical Center on Tuesday. Employees of Appalachian Regional Hospitals, and nursing home patients and staff will likely receive the vaccine within days, health officials say. Meanwhile, at least one more Letcher County resident has died from the virus. The Kentucky River District Health Department announced Monday that a 69-year-old man from here […]