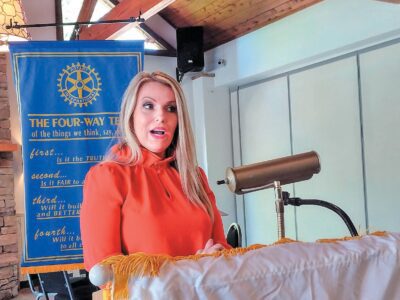 Whitesburg Mayor Tiffany Craft said she wants to project an image of hospitality for the city, promote tourism more widely, finish the Daniel Boone Hotel, and build a parking structure to serve the planned hotel and the downtown. But first, she wants to beautify town before the Mountain Heritage Festival by pressure washing stonework around town, adding a new mural […]

The Letcher County Sheriff’s Department arrested a woman on drug charges after she allegedly passed out at District Court. According to the citation filed by Deputy Seth Whitaker, he was dispatched to the courtroom September 1 after Deputy Ben Fields called for another officer. Whitaker said in the citation that when he arrived, Peggy Sue Hamilton, 41, of 104 Firefly […] 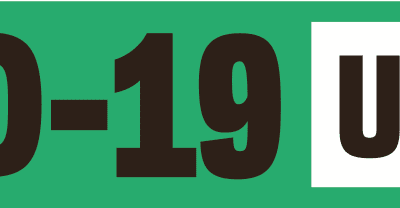 COVID-19 has exacerbated a shortage of substitute teachers in the Letcher County Schools, forcing the district to close while it hopes for the number of cases to fall. 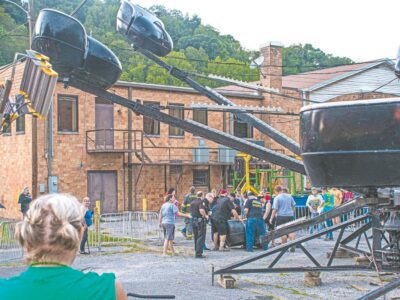 A scary moment at Jenkins festival

A carnival ride mishap injured two children at the Jenkins Homecoming Days Festival on Saturday. The incident happened just before 8 p.m. Saturday evening as the 2021 festival was in full force. A witness said an arm of “The Spider” spinning ride broke loose when the passenger compartment was at its peak altitude of between 15 and 20 feet. A […]

Tourism group buys 833 acres of land in and around Jenkins

A foundation formed to promote tourism in Letcher County has purchased 833 acres around the City of Jenkins, including Raven Rock, the old Pine Mountain Tunnel, and a large portion of land in the viewshed of Pine Mountain Trail. EKY Heritage Foundation Inc. paid Pike Elkhorn Land Company $400,000 for the land, which lies on the northwest slope of Pine […]